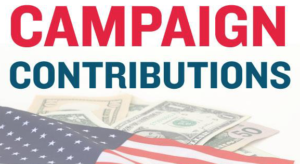 Some local residents have asked why the Fernandina Observer has not published the results of  the 2020 Fernandina Beach City Commission races.  The answer is simple:  the election has not yet taken place.  City races will be held in conjunction with the November 3, 2020 General Election.

Three seats on the FBCC are up for grabs, with only one incumbent — Chip Ross — seeking reelection  Mayor/Commissioner John Miller is term limited and by City Charter cannot run again.  Commissioner Phil Chapman has declined to seek reelection.

The non-partisan races shape up as follows:

City races will undoubtedly be heating up, now that the August 18 Universal Primary is behind us.  More signs will be popping up, and to the extent possible during Covid, candidates will hold events or otherwise attempt to reach out to voters.  The Fernandina Observer will provide additional information on the candidates’ views on this blogpost and during a Candidate Forum scheduled for September 24.  More information will follow.

Bean began fundraising in May 2020.  His best fundraising month was May 2020, during which he collected $10,200 followed by June which brought in another $8,990.  Major contributors — those contributing $500 or more — accounted for over 69 percent of monies raised through July 2020.

Phillips filed for election in in October 2019.  Her best fundraising month was July 2020, during which she collected $4,050.  Major contributors — those contributing $500 or more — accounted for over 78 percent of monies raised through July 2020.

Lajoux began her campaign in December 2019.  Lajoux has contributed $2,400 to her campaign, which accounts for more than 46 percent of her campaign funds raised through July 2020.  She lists only 2 major contributors:

McGahee has reported no major donations since beginning his campaign in June 2020.  He has raised $2,375 since then.

Ross contributed $1,000 to his campaign in November 2019.  He reports a total of $4,000 in contributions to date.  He has reported two major contributions: