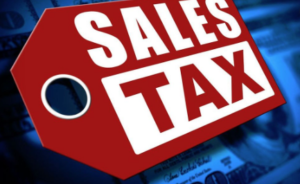 Overall, the state’s January, February and March tax collections eclipsed projections by $202.4 million before plummeting by “nearly $2.1 billion across all sources” between April and June, EDR reported.

EDR’s July revenue report will be among data reviewed by the Joint Legislative Budget Commission (LBC) when it meets in September to approve the constitutionally required three-year Long Range Financial Outlook.

Senate President Bill Galvano, R-Bradenton, in a memorandum alerting senators to the REC statement, called it an “important document (that) will provide a more holistic view of economic and budgetary factors” and serve ”as an important tool for the Legislature when it reorganizes following the November election.”

The REC forecast Florida’s general revenues will fall $3.4 billion short of projections this fiscal year and $2 billion shy of estimates next year.

REC estimated Florida will see a 10 percent increase in Medicaid enrollment, with a projected 4.36 million residents expected to be enrolled in the program by Dec. 31, fostering a potential $553.7 million budget deficit.

With emergency orders delaying or suspending collection of taxes and fees ending for other programs, Galvano said the state is recouping revenues that showed as losses in previous months.

“Recoupment is likely to continue over the coming months,” he said.

EDR reported state earnings on investments increased by $19.3 million in July and “intangible taxes” linked to “ultra-low” interest rates were $9.1 million above projections.

July sales tax revenue, however, fell $165.2 million below projections. While an improvement over sales tax receipts posted during April and May, they’re disappointing because the numbers largely come from June, when many areas in the state were loosening COVID-19 restrictions and businesses were reopening.

Florida is dependent on sales tax revenue, especially revenue generated by tourism, which accounts for nearly $7 billion of the estimated $30.4 billion in sales tax revenue state economists forecast in January.

EDR attributed much of the sales tax-related loss to a 37.1 percent decline in tax collections from tourism-related sales.

“Even though a significant part of the loss arises from a reduction in the number of out-of-state tourists, this category also includes sales to Florida residents at restaurants, local attractions and other leisure-based activities which have likewise been negatively affected by the pandemic,” EDR said, noting with bars closed and restaurants limited in occupancy, beverage sales tax receipts fell $8.2 million below last July’s numbers.

During a roundtable in Orlando on Wednesday focused on theme parks, DeSantis said tourism will rebound faster than many economists project, including those who said the industry is essentially dead until there’s a vaccine.

“We think we’ll get there,” DeSantis said of tourism. “We think that’s an important part of the state.”