The definition of a teacher – An interview with Ron Sapp

What is the definition of a good teacher? Within the field of education, a teacher has become one who is able to successfully convey the Common Core Standards to a student population and have that success demonstrated on a standardized assessment…meant to measure student growth or teacher ability? With words like collaboration and facilitation tossed commonly into any discussion about the qualities of a good teacher, words like “mentor” or “role model” are becoming less and less common. Ideally, those qualities are inherently present but they aren’t taught in a college classroom. A true teacher is one who has answered a calling.

The simple truth is that a great teacher – the rare breed of teacher that we all remember from our high school days – is the one who marches to his own tune. He isn’t afraid to spark controversy and, in fact, considers a sparked controversy to be a triumph. He isn’t afraid to establish boundaries and moral guidelines and stick to them, regardless of Common Core Standards, popular opinion or teacher evaluations. I’m talking about the type of classroom environment established year after year by Mr. Ron Sapp at Fernandina Beach High School. He will be retiring this year and it is with great sadness that a community bids him farewell in the classroom.

Mr. Sapp has been a permanent fixture at FBHS since 1988. After serving as an elected city official for twenty four years as well as Mayor for six years, he decided to follow his heart as well as his lifelong aspiration and become a teacher I asked him “Why teaching?” and he reminisced about a former teacher of his. Mr. Bob Stover was a teacher and a coach who became a mentor to Mr. Sapp in junior high school. Mr. Sapp remembered admiring Mr. Stover’s “pretty good job”.

He went on to say that there is nothing greater than waking up in the morning and looking forward to going to your job “which isn’t even a job!” He teaches six periods each day, five of them AP classes, “working with some of the greatest students in the world. I mean it…they are some of the greatest students anywhere.” Of course his greatest joy, as is the real joy of any true educator, is helping a student move forward into life successfully. He spoke of one particular student who went on to attend college and now works in Washington D.C. in a government position. The nudge from a respected mentor can make all of the difference in a life.

The greatest contribution that Mr. Sapp makes to the lives of his children is not in the lesson plans that he follows or the curriculum that he adheres to. Instead, his legacy is in the depth of his concern for the ability of his students to stop and think…really think. As a social studies/psychology teacher, he engages his students in meaningful, thought-provoking interactions where he challenges them to consider their place in the world as active participants.

He has clearly touched this entire community in a positive way. When we met for this interview, he was greeted in the line by a colleague; as we talked, several more acquaintances greeted him as well. On the way out, a former student, another friend and several other acquaintances had to stop and simply share a moment…all of them had smiles that spoke of fond memories and an obvious respect for him. All I could think about was how in the world he could make it through a trip to Publix for his groceries!

While his professional resume is obviously impressive, even more impressive is the portfolio that he prefers as the demonstration of his professional life…the Every face is the face of a life that he has touched. And for every photo there are ten more people who he has influenced whose pictures are not hanging on the wall. At the suggestion of many of his students, he plans to take the photos with him in the form of a giant scrapbook.

He has interesting, frank thoughts about the direction of education. Candidly, his thoughts about improving education are simple. “I’d do away with schools of education. I don’t believe a person can be taught to teach. Encourage talented people who’ve majored in math, English, history, etc., to become teachers and, if they do, just unleash them and let them go – unfettered by legislative mandates, over-testing and anything else that diminishes their spontaneity, creativity, sense of humor and love for the art, yes the art, of teaching.” Well said, sir. Perhaps a great idea for charter schools….

Future plans? Of course, he plans to spend time with his lovely wife, Kasey and his two daughters after retirement. Mr. Sapp also writes a column for the Fernandina Beach News Leader every two weeks about politics. And the big question – does he have any future political aspirations? With a humble and effortless wave of his hand, and a polite non-committal smile, he replied, “I’d never say no….” Whatever he chooses to do, he will do with integrity and excellence.

With great humility, I thank you Mr. Sapp for the contribution that you made to the lives of my children and to all who have been fortunate enough to enter your classroom. 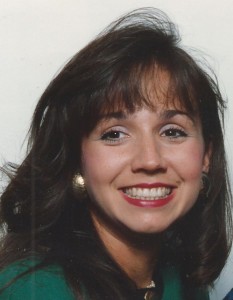 Editor’s Note: Kim Taylor was born in Texas, but after fourteen years she calls Fernandina her home. Kim has a bachelor’s degree with a double major in English and psychology, a Master’s in Education and an Ed.S. in Education Leadership. She is a freelance writer, editor, and columnist. Previously, she worked for fourteen years at the Nassau County School Board in a variety of roles. Kim is the mother of five children and five stepchildren. Two are attending FSU, three are still at home.

Kim is taking time to pursue her love of writing and to complete a book. We thank Kim for her contribution to the Fernandina Observer.

Kim, thanks for writing this article about Ron. FBHS won’t be the same without his presence there that transcends his classroom of students. Sometimes I think Ron likes to take a contrarian position just to spark a good debate or discussion. Ron has always been a champion of the quality of life issues in Fernandina Beach and fervant fighter for the City’s role in the overall county political structure. While we may sometimes disagree about the degree of change that has or needs to occur to keep the city economic environment vibrant, Ron will always be respectful and professional in those discussion and stick to the issue at hand.
Thanks again.

The pleasure was mine.

A well deserved tribute to Ron Sapp whom I know very little. A few months ago I was at the local Starbucks when Ron order a cup of coffee and the young woman at the counter refused to accept pay. She said: “You are my inspiration. I wish to become a teacher because of you. I simply cannot let you pay”. To me, that type of unsolicited public remark from one of his students says it all.

Ron is a fellow member of our church, and so we see and talk with him regularly. He is a man of many talents, not the least of which is sharing his, sometimes controversial, opinions on many subjects.

His outstanding characteristic is his ability to express his opinions in such a manner as to encourage discussion, and even with those who strongly disagree he maintains a courteous and responsive attitude.

Speaking as one who taught in a university for 30+ years–this is what a real teacher is like. The community is better for his presence, and his efforts on behalf of local students will bear fruit for many years to come. We are fortunate to have him in our midst.

What is an AP teacher?

Ron’s character and integrity are in his genes, inherited from his mom and dad.

Kim, An excellent interview and profile of an exceptional man. I don’t know Mr. Sapp other than through his by-weekly column in the News Leader. Their are precious few reasons to read the News Leader, Ron Sapp tops the list. Medardo shared the story of Starbucks. It speaks volumes about the man. I’ll bet his feet didn’t touch the ground the rest of the day. That, from one of his students would, make a career in teaching worth while. Have a wonderful retirement Mr Sapp. I’m sure we will continue to hear from you. I mean, Living in Fernandina Fl. Why would you go anywhere else in retirement?

Having been involved with High School Baseball for 14years I have had the privilege of working with a great amount of students. The discussion usually ends up about teachers and the effect they have had on the students. Hands down, Ron is the teacher that they felt has effected them the most throughout their High School years. I have know Ron for about 16 years, the nurturing and mentoring that he has given these students is nothing short of wonderful.

The tall curbs on the east side of Front Street were r...
wpDiscuz
9
0
Would love your thoughts, please comment.x
()
x
| Reply
Comment Author Info