By Renzo Downey
FloridaPolitics.com
May 14, 2020 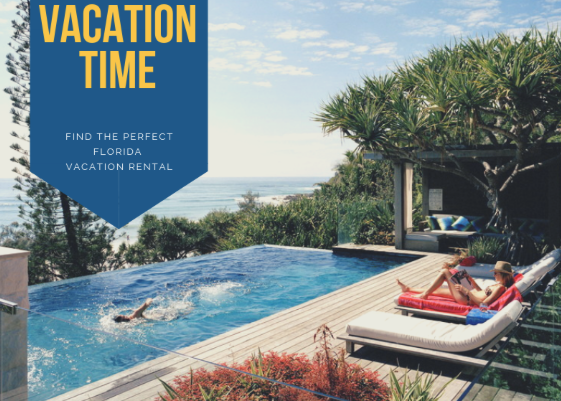 Despite facing pressure from within his own party to lift restrictions on vacation rentals, there’s no word yet from Gov. Ron DeSantis on when rentals may reopen.

In late March, the Governor suspended most short-term vacation rentalreservations, curtaining off a popular getaway option for tourists. To the dismay of those in the industry, the ban singled-out those rentals but left hotels open for business. And that ban has been extended indefinitelyunder Phase One of the state’s reopening process.

On Friday, Panama City Beach Mayor Mark Sheldon joined the rising chorus to lift the ban, at least in the Panhandle. The region is more reliant on vacation rentals for tourism that more populous parts of the state.

“As the largest City in Florida without an ad valorem tax, our vital public services rely on tourism dollars,” the Mayor wrote. “Having our 7,789 licensed short-term rentals closed drastically effects City services, and our local economy, particularly our small businesses and both local and out-of-state condo and rental owners. Small business is the lifeblood of our 14,000-resident community.”

The day before, members from the Panhandle delegation to the Florida House of Representatives, all Republicans, penned a letter to DeSantis asking him to OK vacation rentals. Pointing to the localized approach the Governor used to keep South Florida under lockdown, they advocated for rentals to reopen in the region.

“Our hotels, motels, inns, and resorts are reopening while vacation rentals are singled out,” the lawmakers wrote. “They employ and directly impact so many in this region, yet will be unable to handle a second consecutive month with zero income.”

While DeSantis has indicated in past press conferences that he hopes to get vacation rentals open, there has been no explicit word from him or his office as of Wednesday morning. Those aspirations to reopen the industry came before the most recent extension.

His Re-Open Florida Task Force’s report suggests vacation rentals could open to Florida residents in Phase Two, but doesn’t recommend a full reopening until Phase Three. However, the Governor has deviated from his task force on some items, including keeping gyms closed, restricting restaurant capacity to 25% rather than 50% and not immediately opening salons and barber shops.

U.S. Rep. Matt Gaetz, who represents the Panhandle in Congress, weighed-in on the vacation rental ban during a press conference alongside the Governor earlier this month.

“In Northwest Florida, we don’t have a 500-key hotel room every 1,000 feet,” he said, but added that he was confident in DeSantis’ “evidence-based, measured approach.”

The state faces accusations, in a legal challenge to the ban, that the order unconstitutionally revoked licenses without due process and silenced renters against their First Amendment rights. DeSantis’ order also criminalizes advertising vacation rentals that violate the ban, punishable by a second-degree misdemeanor.

The original order (Executive Order 20-87), which has been subsequently extended, only applies to rental periods shorter than 30 days.