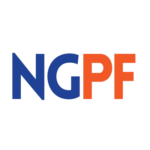 PALO ALTO, California, January 8, 2019 – Next Gen Personal Finance ( NGPF), a non-profit committed to ensurinills needed to thrive in an increasingly complex financial world, is pleased to announce two students from Florida have received an Honorable Mention Award in their second annual PAYBACK Challenge.

Over 800 students from all across the United States submitted essays earlier last fall. After playing the award-winning college finance game, PAYBAC K, students wrote a 250-word essay answering one of these questions:

● How has the PAYBACK game changed your perspective on the real-life decisions you will make when paying for college?
OR

● What steps can you take NOW in order to complete college with as little debt as possible?

Teachers nominated the best student essay from their classes. NGPF staff then reviewed the submitted essays, judging them based on the following criteria:
● Provides a complete and clear answer to the question
● Indicates an understanding of key concepts learned by playing the game PAYBACK ● Articulates thoughts in a creative manner

Here’s the complete list of winners by state. Each of the Honorable Mention winners will receive a $500 award from NGPF to be used for educational purposes. NGPF will announce the PAYBACK Challenge National Grand Prize winners on Thursday, January 10, 2019.

“Over 100,000 students played PAYBACK during the contest period,” noted NGPF Co-Founder, Tim Ranzetta. “It was great to see the impact this game had on students’ attitudes and actions as they decide on their educational path after high school. Thanks to the educators who engaged with their students by bringing PAYBACK to their classrooms and facilitating the amazing conversations that followed. With student debt at record levels, these conversations are more critical than ever.

Here’s how a few students explained what they learned after playing PAYBACK:

“A nything I can do to prepare myself for the massive debt I will incur in college. Nothing sounds more disheartening than spending years pulling myself out of a vortex of quicksand, where no matter how much I pay off, more and more debt still pulls me back under.”

“B efore I played PAYBACK, I thought of college debt as a problem dealt with after college. However, now I have learned that there are steps to be taken even before college that will drastically reduce the debts I have later in my life.”

“I always used to assume that college was some untouchable monolith of an institution that was designed to chew you up and spit you out, penniless or worse. After paying the game, I now realize that there are far more options than just being stuck with debt for years following.”

In April 2018, PAYBACK received a Webby Award for best Social Impact game and is a free game available at www.timeforpayback.com.

About Next Gen Personal Finance:

Next Gen Personal Finance (NGPF), has become the “one-stop shop” for financial educators looking for high-quality, engaging curriculum to equip students with skills to thrive in their future. In terms of reach, fifty percent (50%) of U.S. high school students attend a school where a teacher is using NGPF’s curriculum. NGPF’s commitment to teachers is evidenced by their “50 in 50” campaign to bring a one-day FinCamp to every stat e during the 2018-19 school year. NGPF has been recognized by Common Sense Education as a “Top Website for Teacher s to Find Lesson Plans.”

Created by McKinney, digital agency based in Durham, North Carolina, in collaboration with Next Gen Personal Finance