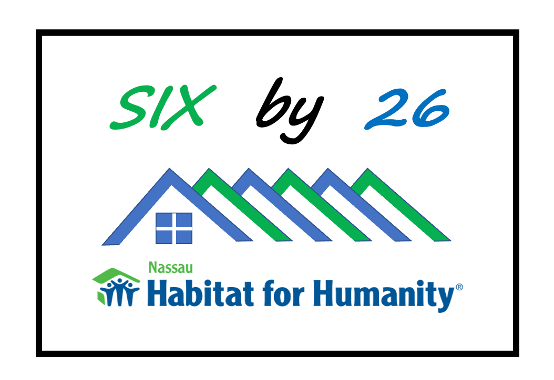 On June 26th, Nassau Habitat for Humanity held a reception for over 100 community members at Mocama Beer Company to introduce its new vision, Six by ’26. Within the last year NHFH has seen a substantial increase in the number of applications from families who need an affordable home. In response to the 88% unmet need, the non-profit’s Board of Directors announced a new initiative to build six homes per year by the year 2026, a 300% increase over 2022.

To reach its goals NHFH is asking local businesses and residents to help in numerous ways. In addition to monetary donations for land and building costs, volunteers are needed both on building sites and in the office. You can play a vital role in raising awareness of the need for affordable housing and making more homes for deserving families become a reality.

NHFH also announced their upcoming fundraiser “She Nailed It.” An all-women’s nail hammering relay race on October 23rd at Mocama Beer Company with New South Food Truck and more! Teams will comprise of four women with numerous prizes for teams and their themes. All proceeds will go to NHFH for the new goal of Six by ’26.

For more information about how you can help please visit nassauhabitatforhumanity.org or call 904-277-0600.