The National Low Income Housing Coalition recently released its report for 2019 in rental incomewhich Florida ranks as the 15th most expensive state when it comes to how much someone must earn to afford a two-bedroom apartment. 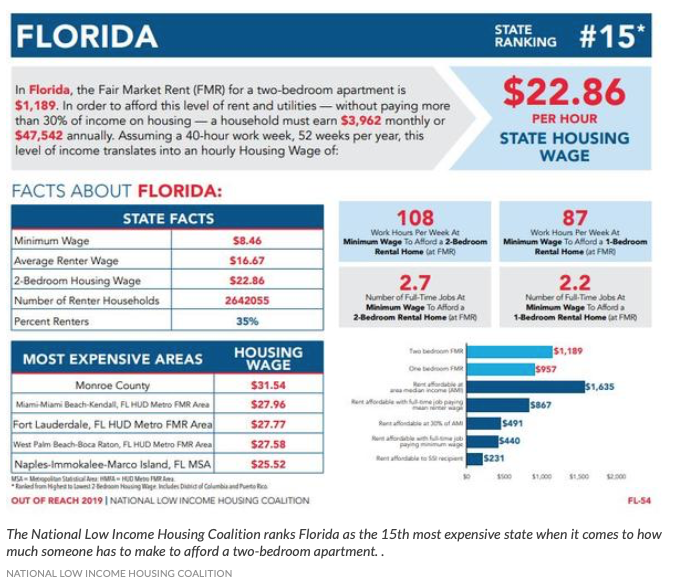 Florida’s minimum wage is $8.46 per hour.  According to their latest report, people would need to earn $22.86 per hour to afford the average monthly rent of $1,189. 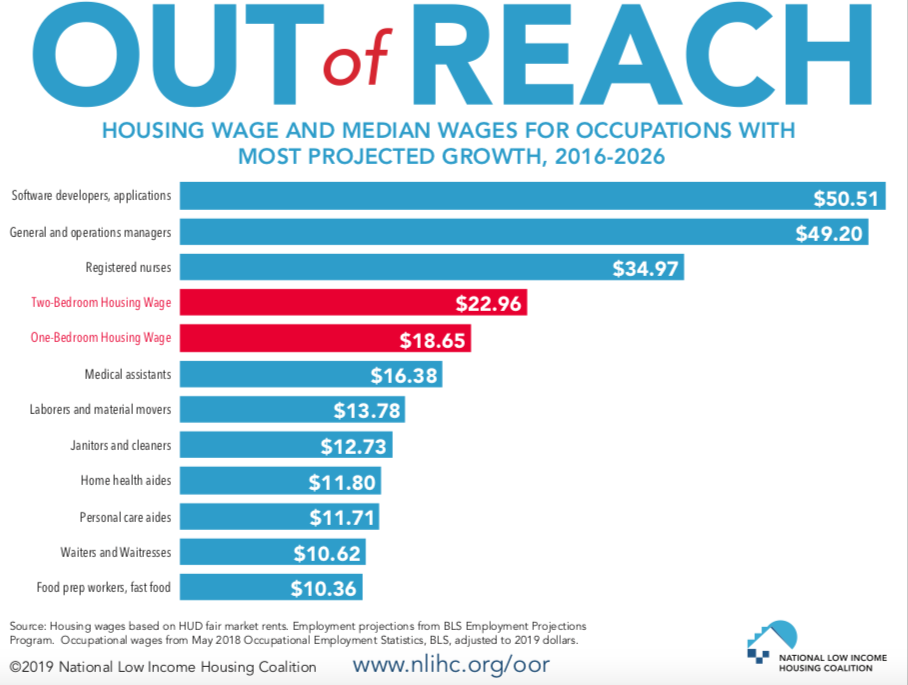 Established in 1974 by Cushing N. Dolbeare, the National Low Income Housing Coalition is dedicated solely to achieving socially just public policy that assures people with the lowest incomes in the United States have affordable and decent homes. NLIHC educates, organizes, and advocates to ensure decent, affordable housing for everyone.