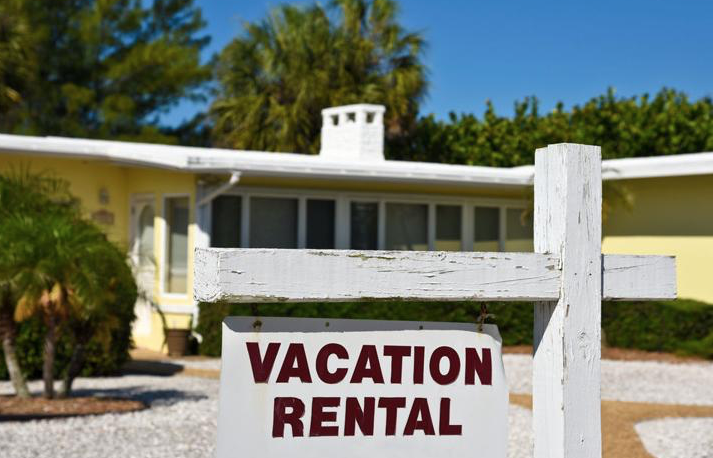 Among the many aspects of Florida’s on-going preemption battles between the Legislature and local governments is the tussle over who should regulate the state’s $31 billion short-term vacation rental industry.

Local governments insist they have the jurisdiction under the Florida Constitution’s “home rule” provisions.

Republican lawmakers maintain the U.S. Constitution gives property owners the ultimate “home rule” authority and that the state is best-suited to protect that right by uniformly regulating home-sharing digital platforms such as Airbnb, HomeAway, VRBO and MisterB&B.

Bills seeking to prohibit local governments from regulating vacation rentals have been introduced in the Legislature going back at least to 2014. In two of the last three sessions, the House has adopted vacation rental preemption bills that were not heard in the Senate.

A mid-December Mason-Dixon survey showed 84 percent of respondents support residents’ right to rent homes and, significantly, 55 percent – including 63 percent who identified as Democrats – say the state, not local governments, should regulate vacation rentals.

Another indication is Airbnb, the largest of the digital platforms used by 45,000 Floridians to rent properties to 4.5 million guests in 2018, is gearing up to apply pressure during the session.

Airbnb in December added $250,000 to the $1 million it set aside in 2017 to “seed” a People Versus The Powerful (PVP) political action committee chaired by its Southeastern U.S. Public Policy & Government Relations Director Thomas Martinelli.

The companion bills “protect from local regulation rentals offered via an ‘advertising platform,’ which provides software and online access to listings for ‘transient public lodging establishment[s]’ in the state.

“Property owners who choose to use their property as a vacation rental have constitutionally protected property rights,” according to the bills, noting the state already regulates hotels and motels and should also do so for digital vacation rentals, too.

Under SB 1128/HB 1011, homeowners seeking to rent properties as vacation rentals through the digital sites must secure a Vacation Rental Dwelling License from the state’s Department of Business & Professional Regulation and verify compliance quarterly.

“Some local governments have forgotten this foundational principle of our country and are infringing on citizens’ rights,” Fischer said when he filed HB 1011 on Dec. 19.

“Today’s patchwork system, where every city or county regulates vacation rentals differently, is unworkable and broken,” he said. “As a top destination for both in-state and out-of-state travelers, Florida must establish a fair and consistent approach for vacation rentals.”

Fischer said HB 1011 “strikes the balance of protecting the property rights of vacation property renters and the privacy rights of their neighbors.”

HB 1011 has been referred to the House Workforce Development & Tourism and Government Operations & Technology Appropriations subcommittees, and Commerce Committee where first hearings have not been scheduled.

Diaz’s SB 1128, filed Dec. 4, will be heard by the Senate Innovation, Industry & Technology Committee Monday before going before the Senate’s Commerce & Tourism and Rules committees.

The bills will be opposed by local governments, the hotel and motel industry and Our Neighborhoods, a coalition of community leaders, homeowners and homeowner association presidents, with the Florida League of Cities spearheading the effort.

Opponents maintain state regulation of the hotel industry is inadequate, the bills only benefit digital platforms and imposing uniform statewide rental standards is unfair to local residents who may not want them in their neighborhoods or, at least, want a say in how they are permitted to operate.

During the 2019 session, HB 987, assembled by the House Business & Professions Subcommittee and shepherded by Rep. James Grant, R-Tampa, passed three committee hearings but never made it to the floor for a House vote.

During the 2018 session, HB 773, sponsored by the House Government Accountability Committee and carried by Rep. La Rosa, R-St. Cloud, was approved by the House but benched in Senate committees.

The ultimate determination regarding which “home rule” prevails – local governments’ or homeowners’ – could be determined by the courts.

In October, 11th Circuit Court Judge Michael Hanzman struck down Miami Beach’s 2016 vacation rental ordinances, including its ban on “home-sharing” and fines that exceed state law limits, such as $1,000 per day penalties for the first code infraction and $5,000 per day for repeat code violations.

The city is appealing.