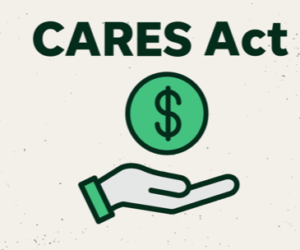 The figures are estimates because Gov. Ron DeSantis has not detailed how CARES Act money has been allocated, how much remains unspent and what he plans to do with it, other than saying in August more than $4 billion hasn’t “been, quote, spent, but it’s obligated.”

Florida’s general revenues will fall $3.4 billion short of projections this fiscal year and $2 billion shy of estimates next year, according to the General Revenue Fund Financial Outlook Statement adopted by the Revenue Estimating Conference (REC) on Aug. 14.

State law allows the governor to unilaterally remedy budget shortfalls up to 1.5 percent. Any deficit beyond that requires lawmakers convene a special session.

Claiming executive privilege under emergency orders, however, DeSantis maintains he has sole discretion in amending the budget and allocating federal money.

DeSantis unilaterally cut $1 billion from the $93.2 billion state budget and has not disclosed how he will allocate federal assistance with the consent of the GOP-controlled Florida Legislature.

Pressure is mounting on DeSantis to be more forthcoming, however.

Florida was among 42 states that ignored a June request for information about CARES Act spending from Scott and U.S. Sen. Ron Johnson, R-Wis.

The latest to demand disclosure is Florida Agriculture Commissioner Nikki Fried, the only statewide-elected Democrat, who is “looking into” a 2022 run for governor.

Fried said officials must know where the money is being directed, noting funding shortfalls are emerging in many programs, most notably in the state’s National School Lunch Program (NSLP), which served more than 289 million meals to 2.9 million Florida students last year.

The state’s NSLP incurred $262 million in losses last academic year and is expected to absorb a $370 million shortfall in the first semester of this school year, Fried wrote last week in a letter to DeSantis.

Fried demanded the governor give a full accounting by Friday, with the matter to be discussed by DeSantis, Fried, Attorney General Ashley Moody and Chief Financial Officer Jimmy Patronis during next week’s Florida Cabinet meeting.

“I hereby request a full and complete account of state agency obligation and/or expenditure of CARES Act funding to be provided no later than Sept. 18,” she wrote. “I also hereby request an update on the disposition of these funds be placed onto the agenda of the next meeting of the Florida Cabinet on Sept. 22.”

Tuesday’s cabinet meeting agenda includes paying $9 million for 5,200 acres of conservation easements but does not schedule a CARES Act discussion.

Fried, however, is certain to raise the issue in her comments.

“There are numerous priorities in the public interest in which these CARES Act funds could be utilized, from providing adequate unemployment benefits to expanding the availability of COVID-19 testing,” she wrote. “During this pandemic, one of Florida’s most emergent public health issues is worsening food insecurity that already plagues 3 million Floridians, including 850,000 children. Chronic hunger in Florida is expected to reach as high as 19 percent this year due to the state’s economic incumbrance.”