Prior to being overtaken by the Covid pandemic in March, the Fernandina Beach City Commission (FBCC) agreed in early 2020 that it first priority was the downtown Amelia Riverfront:  fixing flooding and erosion problems, improving Front Street and rail crossings, and finally delivering on a long-discussed waterfront park.  Two firms were engaged to develop concepts, plans and costs to implement solutions to these issues, which have consistently risen to the top of the community’s desires for public improvements.

The two firms — Passero Associates and Marquis Latimer + Halback — revealed their findings and recommendations to the FBCC at the September 15, 2020 FBCC meeting, during which Commissioners, who were seeing the presentations for the first time, reserved comments for the most part.

At this writing, no final approval has been given to proceed with either plan.

Engaged by the City to develop a waterfront resiliency plan, Passero produced a plan covering the downtown waterfront between Rayonier and the Port of Fernandina.  Passero CEO Andrew Holesko walked Commissioners through the multi-phased plan, which included different solutions to problems throughout the 1.1 mile coastline, ranging from bulkheading and installing flood planks to living shorelines.  Holesko explained that the goal was to protect to a flood height of 9 feet.

The benefits of the recommended improvements include limiting or reducing the damages and costs resulting from a severe storm or hurricane and lowering insurance premiums for property owners and businesses.

While originally estimated in January as part of the Phase 1 Study to cost $20-25M, further research and value engineering has lowered the estimated cost to $16-19M.  However, Holesko emphasized that this figure does not include the segment containing Brett’s Waterway Cafe, which the City later added to the study.  Estimates for addressing needs of that structure and segment of the waterfront will be forthcoming over the next few months.

As the diagram below shows, the area has been divided into 9 areas. 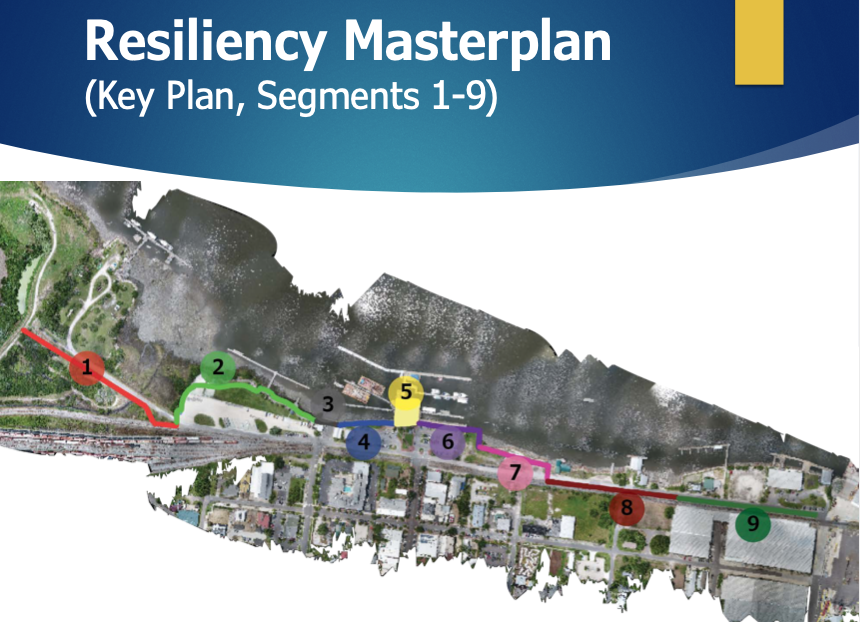 Proposed solutions for each area include:

Pictured below are three of the main components of the plan: 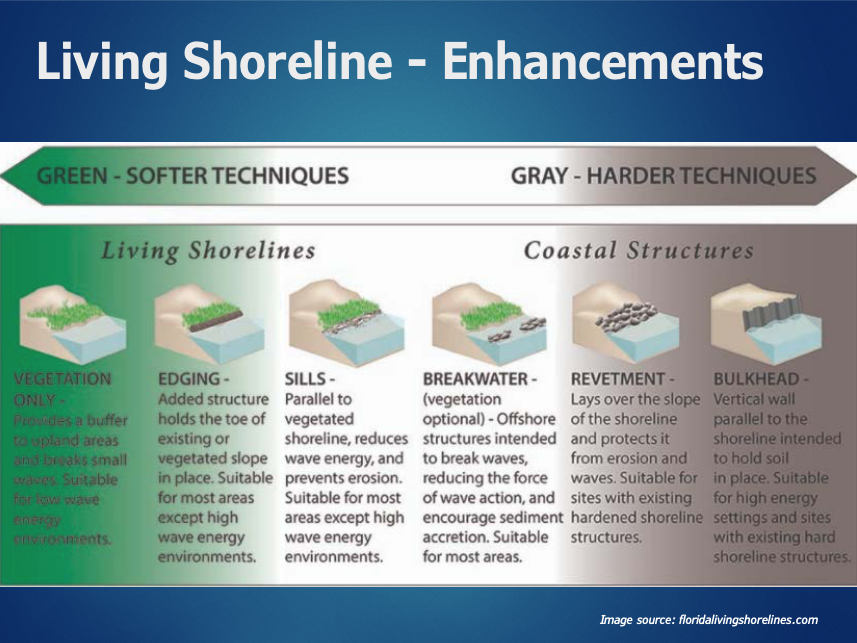 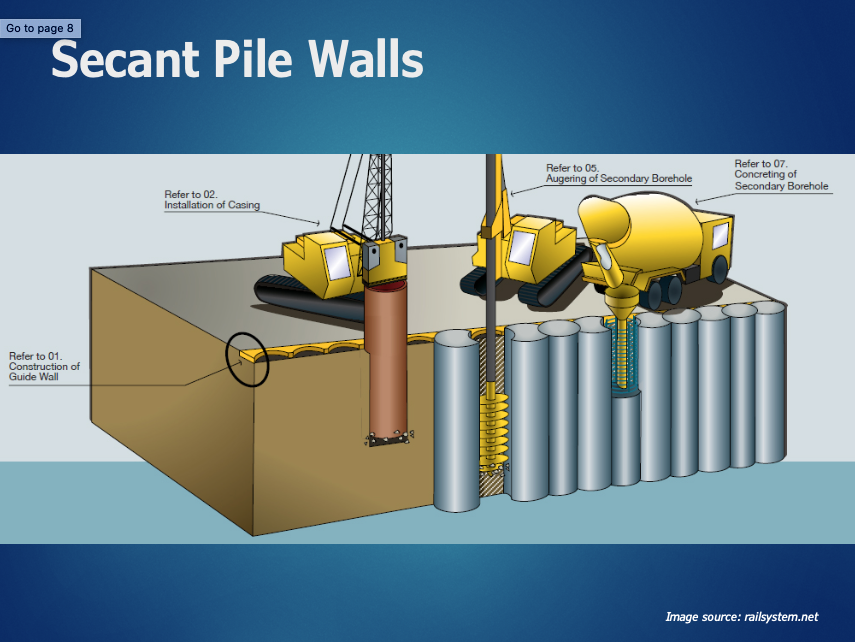 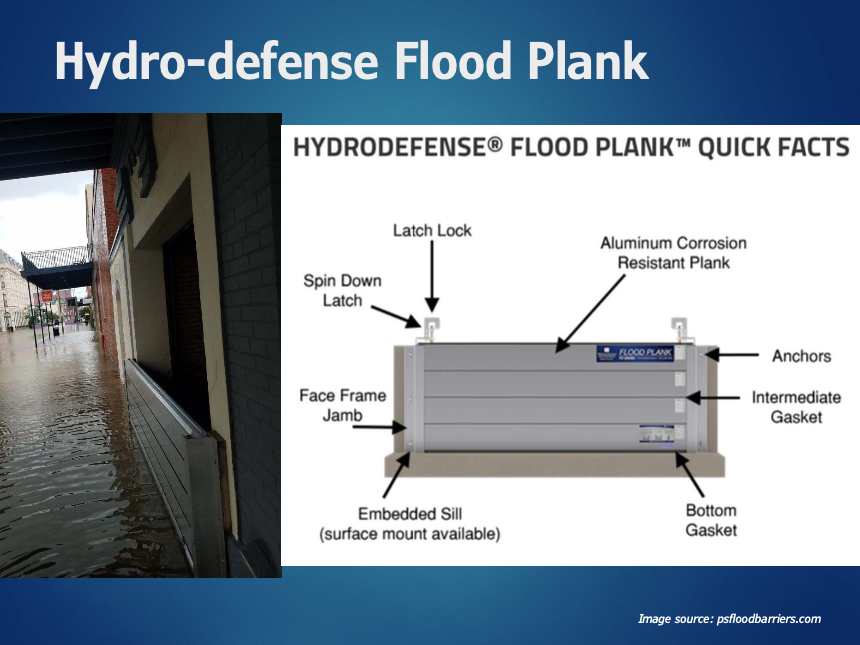 Holesko also addressed Front Street and the rail crossings at Alachua, Centre and Ash Streets.  He addressed “pinch points” at the three roads’ intersections.  Holesko said that there would be a need to move Front Street to the west to accommodate railroad clearances and add a fence.  A retaining wall would also be needed at the Alachua crossing.

The study as presented represented Study Phase 1 of Passero’s charge.  Holesko recommended starting Study Phase 2 with design and permitting for Parking Lots C & D.  Permits would be needed for both the living shoreline and bulkhead construction.  He estimated the cost for Phase 2 (segment 2) at $2-3M, but added that the City has grant requests pending for shoreline resiliency funding that could offset some of the costs in this area.

Via Zoom, Jeremy Marquis presented his firm’s plan and recommendations for a waterfront park based upon Concept E adopted by the FBCC earlier this year.  This plan includes significant green space and both deciduous and palm trees.  In working with the space constraints created by Passero-identified needs for resiliency and railroad accommodations, Marquis presented designs that showed a relocation of the Veterans Monument westward in a more prominent setting, as well as a relocation of the Shrimping Monument to a spot along a boardwalk proposed in what is today Parking Lot B.

Marquis stated that there are three elements to the downtown waterfront:  Front Street, the shoreline and the area in between which constitutes the park area.  Commissioner Chip Ross has referred to this area as “the meat in the sandwich.”  He emphasized that the main draw to the waterfront is the river and that nothing should compete with that.  His plans incorporate many viewing areas for visitors and families to enjoy river views and activities.

He said that the plans are designed to draw people westward along Centre Street by connecting the riverfront to the downtown via design elements such as bricking the street.  The design capitalizes on sunset viewing, the working waterfront and lots of open, green space.  Marquis said that his firm has strived to retain the small town scale and uniqueness of Fernandina.  While native shade trees are part of the  landscape, he said that the railroad has insisted that palm trees border their right-of-way.

In responding to concerns raised by residents, the amphitheater has been replaced by a band shell as an anchoring piece on the south side of the property.  The shell faces the river, so that sound will be deflected from residential areas.  Petanque courts have been included as well as elevated overlooks.

Marquis agreed with Holesko about starting with the south portion of the property.  He estimated that the total cost to implement the plan would be approximately $7M.

Marquis said that this final master plan incorporated extensive feedback, but that he was hopeful of additional feedback via an online Community Hub, which will soon be available to the community.  He also anticipates two Zoom meetings for virtual design workshops.  There was also discussion of online surveys. The Community Hub will be a portal to engage the public and capture more input.  From that site, plans may be downloaded and citizens may provide input.

The Fernandina Observer will provide additional information on accessing this site once technical issues have been ironed out.

Commissioner Phil Chapman asked that the City Manager bring the new marina management into discussion with both firms soon.

City Manager Dale Martin said that the City is “slow walking” the waterfront plans, reassuring commissioners that no commitment to proceed has been made yet.  Martin is anticipating another presentation to the FBCC this fall, which will incorporate the public feedback received through the Community Hub.