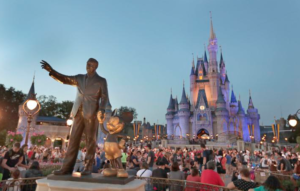 (The Center Square) – When Walt Disney Co. informed state leaders in April of its plans to reopen its Orlando theme parks July 11, it was greeted as a sign the economic calamity resulting from the response to COVID-19 soon would end.

With SeaWorld, Universal, Legoland and other central Florida attractions operating by then, many envisioned Disney World’s 70,000 employees welcoming guests back to the planet’s most-visited theme parks would be a globally visible crown jewel in the Sunshine State’s rebound from the COVID-19 emergency.

That was before the COVID-19 emergency devolved in mid-June, doubling three months of Florida COVID-19 case counts in less than three weeks.

The Florida Department of Health (DOH) COVID-19 dashboard reported Friday there have 244,151 cases of COVID-19 people in Florida since mid-March, with the disease hospitalizing 17,602 people and killing 4,102 people in that time.

On several occasions this week, Gov. Ron DeSantis has lauded Disney for the safety protocols it has adopted, noting Universal Studios has been open for a month with similar measures and is faring well.

“Disney, I have no doubt is going to be a safe environment,” he said. “I think that where you start to see the spread is just in social situations where people let their guard down. Usually like a private party or something like that.”

Employees made dry runs earlier this week, and passholders got sneak peaks of the new safety protocols Thursday and Friday.

Park capacities are limited to 50 percent. All employees and visitors must wear face masks and have temperatures below 100.4 degrees to enter, and reservations must be date-specific and made in advance at Disneyworld.com.

Hand-sanitizer stations, plastic partitions in queues and, on some rides, relaxation stations where visitors can remove masks, and signs cautioning visitors to maintain 6 feet between groups are among park renovations, which also will feature broadened walkways and streets.

If there is a fly in the ointment for Disney, other than a pandemic, it is a grievance filed by the Actors’ Equity Association (AEA), which represents 750 Disney character performers in the Orlando parks.

AEA maintains Disney is retaliating against members after it argued performers should be tested regularly for COVID-19 because they cannot always wear face masks and socially distance while on stage.

“Since our public request that Disney test performers in the park, there have been more than 114,000 new coronavirus cases in Florida,” AEA Executive Director Mary McColl said Thursday. “Rather than agree to testing of performers, Disney has decided to retaliate against workers fighting for a safe workplace during this pandemic.”

“We are exercising our right to open without Equity performers,” Disney spokeswoman Jacquee Wahler said. “Seven unions signed agreements to have their employees return to work. The Actors’ Equity rejected our safety protocols and have not made themselves available to continue negotiations, which is unfortunate.”