The BOCC set another budget meeting for June 21 from 4-6:00 pm to continue these budget discussions in order to give staff direction in developing the budget for initial adoption of the millage rate on July 18. 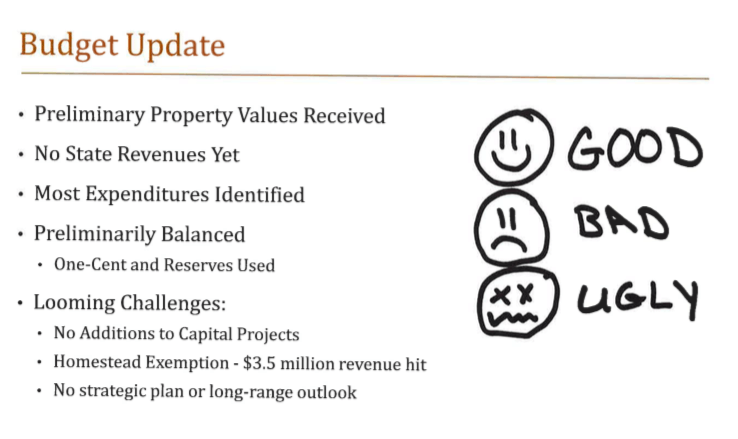 Nassau County’s Office of Management & Budget Director Justin Stankiewicz delivered his third FY 2018-19 Budget briefing to the Board of County Commissioners on June 20, 2018. The picture he painted was not rosy. If the BOCC maintains the status quo, he said, the county will not need to close its doors due to lack of funds. But there will be no money in reserves for storm recovery or other emergencies; drainage and infrastructure problems will continue to mount; public safety services will be stretched even further to meet the needs of a growing population with aging or inadequate equipment and staffing.

While property values have risen to an all time high, resulting tax revenues will not be sufficient to keep up with maintenance and growth issues.  Stankiewicz said that the One-Cent Sales Tax and reserves have been used to produce a preliminary balanced budget.  Looming challenges for the county include the inability to fund projects from a Capital Improvements List that has now grown to $65M and a $3.5M revenue hit that the county will probably take as a result of the proposed increase to Homestead Exemptions. 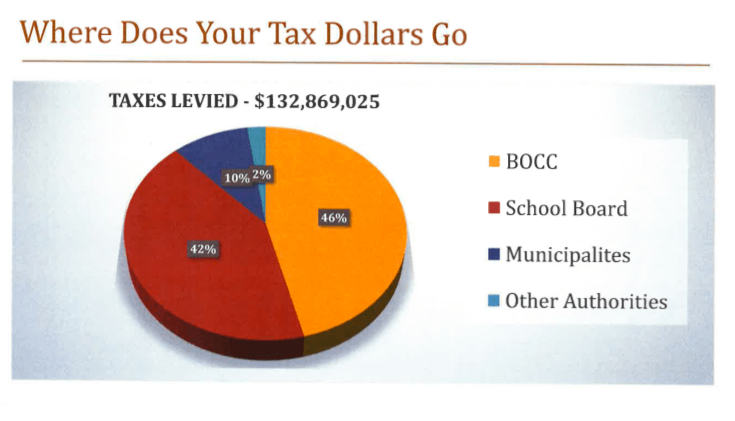 Stankiewicz said that the county is at a pivotal crossroads and that the status quo cannot be maintained next year.

Without blaming current or former BOCCs for the financial plight of the county, Stankiewicz said that the commissioners need to look at budget formulation more as strategic planning, not just a short term statement of revenues and expenses.  He said that with growth county residents are seeking adequate infrastructure and safety.  “We have done nothing to plan for this,” he said.  “If we don’t do something today, we are hurting ourselves.” He said that the Municipal Services Fund had not been adjusted for ten years.  County Manager Shanea Jones added that staff had requested a 2 mill increase in taxes in 2014, but the BOCC only approved a one mill increase.  Had the full increase been approved then, the situation would not be as dire today.

County staff is proposing a rate increase of 1.9004 mills for the next budget, which if approved and kept in place for 5 years, would enable to county to fund all the projects ($65M) on the current capital improvement list.

County Attorney Mike Mullin also addressed the BOCC.  Mullin will be taking on the additional duty of County Manager when Shanea Jones resigns effective July 2, 2018.  Mullin said that while county department directors have done a great job in keeping the county functioning and the budget is balanced on paper, the county can only meet emergencies by “cannibalizing” other operations.  He said that as the county faced the worst potential coming from Hurricane Irma, contingency plans called for $10M in recovery funds, which the county did not have.  “The growth that is coming is huge,” Mullin said, citing County Road 107 alone, which will probably need to be 4-laned.

He called for the commissioners readjust their approach to the Budget as planning for the future five years. 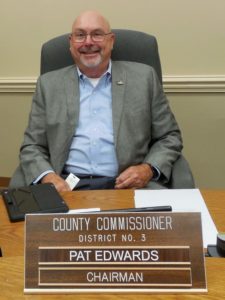 For the most part, commissioners seemed to appreciate the seriousness of the county’s fiscal situation and agreed with the need to emphasize the planning function of budgeting.

Board Chair Pat Edwards (Dist. 3) said that county residents have told him that they see Fernandina Beach Fire Rescue responding more frequently to their emergencies than county Fire Rescue. He said, “We are fooling ourselves [by not increasing revenues].  We are withholding needed funding from departments and not funding at a level where they can do their jobs.  They have made us aware of these needs.  But we chose not to fund them.”

Commissioner Justin Taylor (Dist. 5) said that he had supported reinstating the gas tax, but the BOCC voted that down.  “We made a political decision to support the status quo,” he said.  “But we need to get things done for the taxpayers.”  He cited the $7-10M needed to fix problems associated with Thomas Creek.

Commissioners discussed the $7.3M needed for improvements to Nassau-Amelia Utilities, an enterprise fund that is not currently making money.  The county provides both water and wastewater service to the south end of Amelia Island. The system is aging and may require the county to take out a line of credit to make upgrades and repairs.

Commissioner George Spicer (Dist. 4) requested information on money available from FDOT for road projects. He did not weigh in on the larger discussion on the need for developing a 5-year plan for capital improvements or raising millage rates. 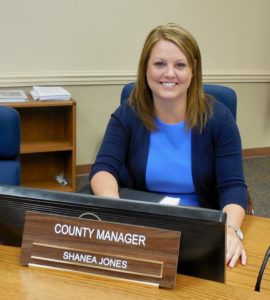 Commissioner Danny Leeper (Dist. 1) noted that the BOCC seems to have these discussions every year noting that it requires “the will of the commission” to make decisions.  That seems to have been lacking over recent years. He said that failure to fund these capital improvement projects has a snowball effect, noting that tourists, economic development and new residents will not want to come to Nassau County if roads, infrastructure and emergency services are neglected.

County Manager Shanea Jones said that the county has been behind on making these improvements since 2006. That’s why an increase of 1.9 mills is needed now.  Should the BOCC decide to approve such an increase, future need for increases of this magnitude in millage rates will not be needed.  As it stands, the county does not even have the funds to match available FDOT grants. 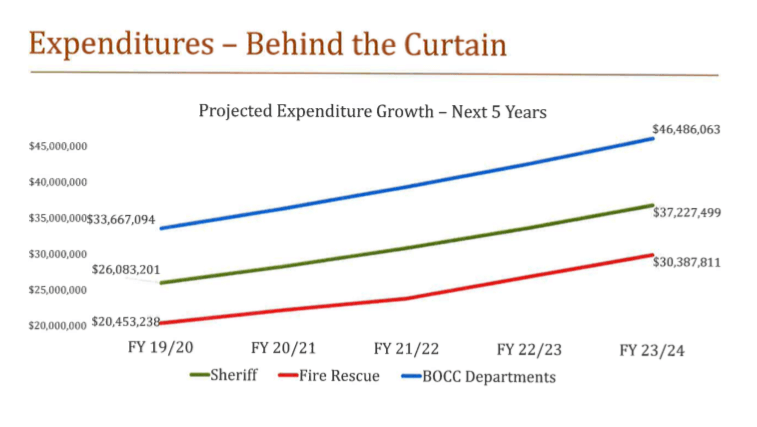 Stankiewicz reminded commissioners that on July 18, they will be required to set the tentative millage rate for the next fiscal year.  That rate can be adjusted downwards if they change their minds during the remainder of the budget meetings this summer.  But once the rate has been set, it may not be raised. 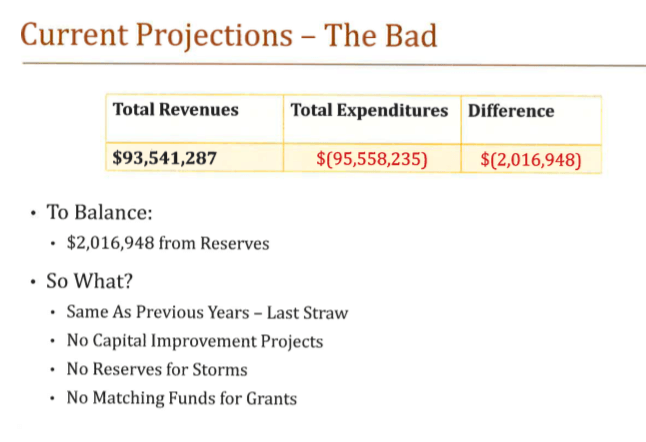 The BOCC set another budget meeting for June 21 from 4-6:00 pm to continue these budget discussions in order to give staff direction in developing the budget for initial adoption of the millage rate on July 18.

Commissioner Steve Kelley (Dist. 2) did not attend the meeting for reasons relating to health. Mullin announced that Kelley would not be able to attend the next meeting for the same reason.