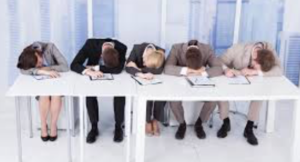 The last Regular Meeting of the Fernandina Beach City Commission (FBCC) was called to order at 6:00 p.m. on January 19, 2021 and did not adjourn until a couple of minutes before 10:00 p.m.  Yet the actual business portion of the meeting — where Commissioners are required to vote — did not begin until 8:50 p.m. with consideration of the Consent Agenda.

This scenario has become typical and frustrating for citizens who have actual business to be heard before the board.  Imagine that if you bring an attorney to make your case to the FBCC, that attorney will charge for the hours spent waiting for Commissioners to finish their discussions before they get down to the business of the meeting.  Not to mention that City staff who attend these meetings to provide back up and respond to Commissioner questions must be back at work bright eyed and ready to serve the public early the following morning.

By the end of these meetings, the only audience members left are reporters.

This situation will change with Regular City Commission Meetings effective with the first meeting in February.  The long list of discussion items will migrate to an FBCC workshop that will be held from 5-6:00 p.m. immediately preceding the regular meeting.  During the workshop, no public input will be taken.  However, the public may comment on any item raised during the workshop either privately with commissioners or publicly during the Public Comment portion of the regular meeting.

The previous FBCC had decided to move its discussion portion of the agenda from the later portion of the agenda to the front because some citizens had complained that issues raised came on too late for them to have meaningful input.  There was also a growing problem with items being discussed late in the meeting that had not appeared on the agenda.  Former Mayor John Miller made the decision to move up discussion to the beginning of the meeting to address citizen concerns.

The discussion time is important to Commissioners, who cannot speak with each other about City business outside a noticed meeting without breaking the state’s Open Meetings Law.  Through discussion, Commissioners can share ideas and provide input on policy decisions that  may be required.  It also allows them to determine if there is support from other Commissioners before asking that resolutions or ordinances be prepared for action.

However, with time Commissioners have added more and more topics for discussion, often overwhelming the actual purpose of the meeting:  to pass legislation and give direction to the City Manager, City Attorney and City Clerk.  Since no votes can be made following these discussions, items that have been identified for further action must be considered as resolutions or ordinances at future meetings, following normal staff review and vetting by City advisory boards.

By moving discussion items to an hour-long workshop, Commissioners will need to police themselves to finish their agenda within the allotted time.  If the allotted time is exceeded before the agenda is completed, unaddressed topics will carry over to the next workshop.

Both the workshop and the regular meeting will be recorded and available to the public via the City website or Comcast channel 264.

I disagree with the comment in the article that says the purpose of the FBCC meetings is to pass legislation and give direction to staff. The purpose of the meetings is to have transparent and accountable discussions of issues, with public input. Passing legislation and giving direction to staff are byproducts of those discussions. I understand the frustration of having to wait hours for a particular agenda item come up, but for true sunshining of discussions and accountability by our elected legislators, that’s something we have to put up with.