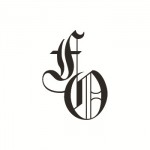 “We need your eyes and ears,” Pam Lee, the organizer of this year’s annual count of homeless people conducted by the Coalition For The Homeless of Nassau County, tells the volunteers who have gathered in the community room of the Fernandina Beach Police Station on the morning of January 22.  “We need to get an idea of how many people are out there in the community and what services they need.”

There are five teams of volunteers – two for Amelia Island and one each for Yulee, Hilliard and Callahan.  Each team has a leader – an outreach person from one of the coalition’s member groups – and the name and phone number of a contact in the police department.  The teams are armed with  goodie bags filled with food and useful items such as can openers and survey forms to indicate such factors as race, age group, cause and duration of homelessness, and physical disabilities.

Ms. Lee, who takes time out from her job at Micah’s Place to volunteer for the coalition, counsels the volunteers to “treat people with dignity and respect” and to give them the food bags whether or not they want to answer the survey questions and have their pictures taken.

“Pictures are really helpful if we have to get out them and find them to get them help,” she adds.

Robyn Andrews, the coalition’s president, whose full time job is as a Community Relations Coordinator for Ability Housing in Jacksonville, explains that the annual Point in Time Count is required by the US Department of Housing and Urban Development and takes place in communities nationwide during the last ten days in January.

“If we find people in immediate need,” she says, “we go back out and help them – for example, we get them medical help at the Samaritan Clinic.  And the count affects funding, it’s used in applying for grants, it helps get the most vulnerable into housing, and it’s an answer to those who say: “I don’t see any homeless here.”

Team 1B — comprised of Stephen Noden, a Veterans Outreach Specialist for the Sulzbacher Center, Rose Bennett, a veteran of several previous counts,  Madeline Pasquale, a first time count volunteer who serves dinners at the Salvation Army’s Hope House,  and a reporter who has permission to tag along with them –climbs into Mr. Noden’s bright red SUV to check their territory: everything south of Sadler Road.

On this wind-whipped morning, with temperatures in the thirties, as the team heads down South Fletcher to the sound end, few people of any description seem to be out and about.  At the first stop, Amelia Island State Park, they follow a path through the pines and over the dunes, but the beach is empty.  Nor is there anyone under the bridge or on the normally crowded Crady Fishing Bridge.

“Good morning,” Ms. Bennett calls cheerily into the rest rooms, and is answered by an eerie silence.

“I don’t even see any evidence – no campfires or litter,” says Mr. Noden, as the team exits the park and heads north to Burney Park and American Beach, where there is no one at all in the parking lot, in the rest rooms or on the streets.

At the Flash Foods near Harris Teeter, Mr. Noden explains the team’s mission to the clerk and asks: “Seen any folks that appear to be homeless?”

“Not today,” she answers.  “Sometimes they come for coffee and hang out outside.”

A clerk at another convenience store reports no homeless today “but last week there was a man with a sign that said he wanted to go to Daytona.”

At Peter’s Point, where homeless have been found in the past, there is no one, only blowing sand.

“By this time, even if they slept here, they’ve probably gone somewhere else,” says Mr. Noden.

On First Avenue, we see one of the few people out and about – a man walking briskly. When asked if he’s seen any people who might be homeless” he replies: “No, sir, I have not.”’

At Five Points, Mr. Noden checks the liquor store, Ms. Pasquale asks at Applebee’s, while Ms. Bennett inquires at Ops Pizza.  All shake their heads and climb back in the car.

Crossing Eighth Street, the team heads down Bonnieview Road, into a neighborhood of mobile homes – some of them abandoned – mixed with houses, some well-kept and some run down.  On one winding road, Mr. Noden calls to a man wearing a Gator cap, “Excuse me, Gator, we’re doing a count of homeless people, trying to get them services.  Have you seen any homeless around here?”

The man says “no”, so we start to move on, but Ms. Pasquale pipes up from the back seat: “I think that gentleman is homeless – I know him from Hope House.”

“I think you’re right,” agrees Mr. Noden.  “Since he denied being homeless, we can’t survey him.  But we can count him.”

By 12:15, the team is back at the Police Station, and Team 1A, which surveyed the north part of the island, is reporting back with its results.  That group saw three homeless people, all white men between 25 and 60.  Two were in the vicinity of Eighth Street, but fled back to where they had left their suitcases and stuff when they saw the volunteers, says team leader Denise Branch.  Another was on the edge of downtown headed to a convenience store.  None would answer questions or permit photographs.

Embarrassment and genuine fear – of authorities, of criminals, of gangs of roving kids – explains the reluctance of many homeless to take part in the survey, according to coordinator Pam Lee.

“They’re afraid –violence against the homeless is a big deal,” she adds.  This is also the reason she does not want to pinpoint the exact location where homeless people are found.

In Yulee, the team led by Ms. Lee started before dawn and counted three homeless white men between 25 and 60.  They also located a family of four – a man, a woman and two children—who were staying in a motel, so technically could not be counted.

“They had enough money to stay one night in a motel, so they chose last night,” says Ms. Lee,  “The woman had to go to work, but I’m going to meet her later and see what services we can get them.”

Lest the reader get the wrong impression the homelessness is not a significant problem here, the fact is that most of the homeless are counted not by roving volunteers but by volunteers stationed at shelters and other facilities.

At the Day Drop In Center at the Church of Christ on South 14th Street, the two homeless men counted today are sitting on a couch watching television.   Staffer Michael Patrick proudly shows a reporter around, pointing out the newly remodeled bathroom with a shower and the well-equipped laundry room.

“They can’t go to job interviews in dirty clothes,” he says.

Patricia de Jesus, who runs the Cold Night Shelter at the same church, reports that four men stayed in the shelter Tuesday night,

“This was the 10th night we were open this year,” she adds.  “Our agreement with the city is that we’re open when the temperature goes below 40 degrees.  We open at 7 and give them a warm supper.  They get a blanket and a mat and a place to sleep.  Lights go out at 9:30.  In the morning, there’s breakfast and a packed lunch to go.”

As the coordinators tallied reports from the various posts, the count grew.  At press time, it stood at 72, with the majority in the eastern part of the county (Amelia Island and Yulee) according to Coalition President Robyn Andrews.  The final count is expected to be higher, though organizers believe that the unusually cold weather made the homeless harder to find.

Last year, the Coalition reported finding 119 homeless individuals, up from 94 in 2012.  Eighty percent of last year’s homeless were white; 65 percent were male and 74 percent reported they had been homeless for a year or more.  Fifty three percent said the main reason for their homeless was the lack of affordable housing.

The Fernandina Observer will report the final findings and analysis of this year’s count as soon as it becomes available.