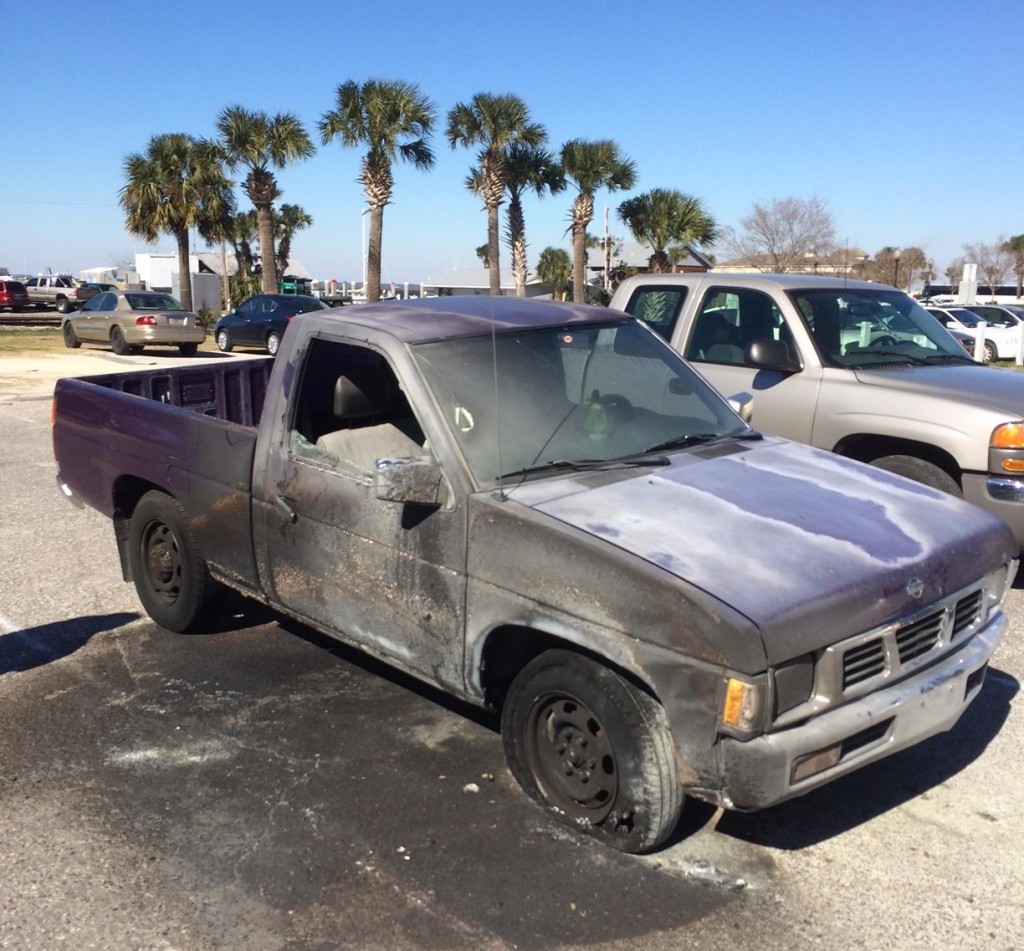 A 1995 Nissan truck was apparently set ablaze intentionally in the municipal parking lot adjacent to City Hall just two hours after a regularly scheduled commission meeting. The vehicle was observed burning at about 9:10 PM on January 21st and reported to Fernandina Beach Police and Fire Departments. 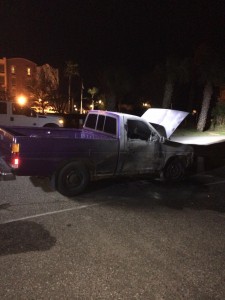 Police officers arrived at the scene and extinguished a small fire still burning underneath the truck. The Fernandina Beach Fire Department responded as well and took additional precautionary measures to prevent further damage to the vehicle, as well as other vehicles in the lot.

The State Fire Marshal’s Office was contacted and responded to the location to conduct a parallel investigation with the Fernandina Beach Police Department.

The State Fire Marshal, Detective Larry Brazile, confirmed that the fire did appear to be the result of arson and reported that an undetermined accelerant was used to start the fire. The Fire Marshal collected evidence at the scene and will turn over his findings to the Police Department.

The fire caused extensive damage to the truck, which was towed from the scene for further examination. The vehicle owner was contacted and is cooperating with this continuing investigation.