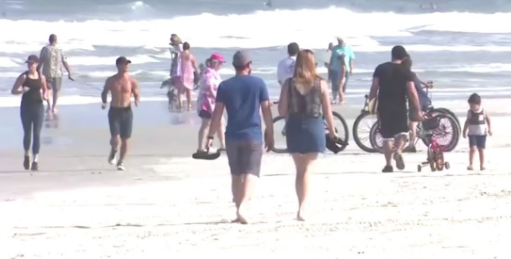 (The Center Square) – An industry survey of more than 1,000 tourism-related businesses in Florida said 45 percent laid off staff over the first 15 days of April and 67 percent furloughed workers in March.

Over the span of the two surveys conducted by Destinations Florida, an industry marketing group, tourism-related businesses that have cut back staffing since the COVID-19 outbreak have laid off, on average, about 73 percent of their employees.

The April survey of 1,009 businesses, published last week, also found that mid-April hotel occupancy was at 13 percent statewide, down from 84 percent mid-April 2019.

Destinations Florida also reported 72 percent of respondents applied for federal assistance, but only 17 percent had received any through the first week of May.

“We knew the numbers for April would look worse than the numbers from March as our state began to institute closures and stricter guidelines as part of its pandemic response,” he said.

With Gov. Ron DeSantis launching his three-phase reopening plan May 4, Skrob added, “Hope is on the horizon.”

Florida’s tourism industry drew 133.7 million visitors to the state in 2019. The industry contributed $91.3 billion to the state’s economy and supported more than 1.5 million jobs in 2018, according to the Florida Office of Economic and Demographic Research (OEDR), which calculated that for every $1 the state invests in Visit Florida’s marketing efforts, $2.15 in state tax revenue is generated.

A prospective “rebound plan” is taking shape, however, with “flexibility” the “watchword for all of us as we react to changes in the consumer mindset over the next couple of years,” Visit Florida Chairwoman Virginia Haley said.

All marketing plans remain on hold. In a best-case scenario, the committee agreed, summer domestic travel can be captured to some degree in the fall with international travel, perhaps, revived shortly after.

Visit Florida Chief Marketing Officer Staci Mellman said with phase one reopening taking its first tentative steps, “We’ve seen an uptick in interest for fall. And, definitely, I think winter is another opportunity to put that Florida message out there.”

Visit Florida is running ads on a Dallas-based syndicated radio show and has launched a video series on Florida artists to keep the Sunshine State on people’s minds, she said.

Young said tourists are not going to immediately flock to the state because the COVID-19 crisis “has changed consumer behavior and psychology.”

They’ll need to be induced, she said, to see businesses are open and safe. To do that, she said, enlist Floridians to show Florida is open for business.

“I represent a part of the state that gets very little in-state travel,” he said. “I believe there’s going to be partners in northwest Florida that will be disenfranchised when the effort from the state marketing organization is focused on people who are not going to come to our market.”