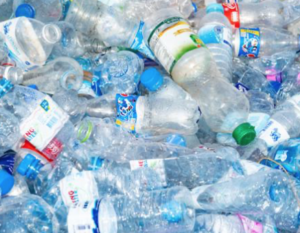 Florida recycled 21 percent of its commonly used packing materials and containers based on 2018 data, the 27th highest percentage among the 50 states, according to a new nationwide recycling study.

The new report from the international environmental group Eunomia and the Ball Corp. ranked the states’ recycling rates for common materials, excluding cardboard and boxboard. The analysis used 2018 data from the U.S. Environmental Protection Agency as well as data from states, local governments and materials processors.

Focusing on such materials as plastic bottles and trays, steel and aluminum containers, glass bottles and jars, the study investigated rates of materials reprocessed into new products, as opposed to collection rates.

Overall, those states that produced more detailed data on their recycling rates fared better in the ranking than other states, the authors said. States with deposit return systems for bottles also did better in the survey, the report states.

The states that recycle more than 20 percent are listed below: 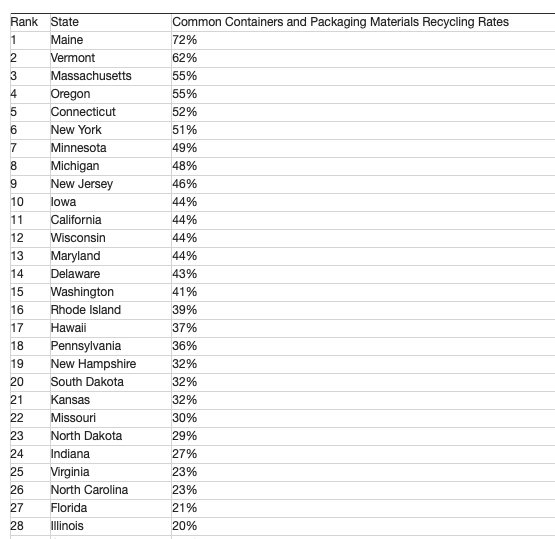