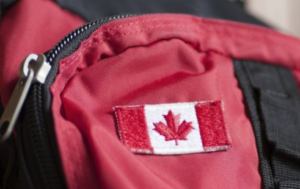 An estimated 1 million Canadians spend up to six months wintering in the Sunshine State, contributing an estimated $6.5 billion to Florida’s economy.

With Canada extending until Dec. 21 its ban on nonessential, cross-border traffic, which was set to expire Tuesday, and hinting no relaxation is likely until at least March, however, a significant component of Florida’s “snowbird” seasonal economy may not show up this winter.

Cars with Canadian license plates begin to materialize on Florida roads in October and November and remain an important economic contributor in many local economies across the state into April.

While Canadian license plates have been rare sights in Florida parking lots since Canada and the U.S. agreed to close the border to nonessential traffic in late March, that doesn’t mean Canadians cannot come to Florida.

While the U.S.-Canada border will remain closed to nonessential travel for another month, it only applies to land crossings.

Canadian citizens are permitted to travel to the U.S. by air as part of an agreement between Prime Minister Justin Trudeau’s and President Donald Trump’s administrations.

“People can make their own decisions,” Trudeau said recently. “But a travel advisory from the government of Canada to not travel outside the borders unless it’s essential travel is about as strong as we can go.”

The Canadian government, however, applies the restriction to all modes of travel coming into Canada and has issued a travel advisory cautioning citizens to avoid traveling to the U.S.

According to Canadian media accounts, there is a robust business in getting around the land-crossing restrictions by shipping cars – even by helicopter – across the border from Canada into the U.S.

The biggest obstacle facing Canadians who opt to winter in Florida is concerns over health insurance, with a travel advisory cautioning “travel at your own risk” in the U.S., especially with the U.S. in general, and Florida in particular, seeing COVID-19 cases, hospitalizations and deaths steadily mounting.

Many wintering Canadians purchase travel insurance to augment their national insurance policies, which limits them to more than 185 days out of Canada.

Insurance brokers, however, have told various Florida media outlets that demand from Canadian snowbirds seeking travel insurance policies is down 50%-75%.

While Canadian snowbirds make up a significant component of the state’s seasonal economy, short-term visitors from Canada also are a bedrock constituency of the state’s tourism economy.

Based on a Canada-Florida economic impact study produced by Canada’s Miami consulate in 2018, the border-crossing ban also could affect the $7 billion in goods traded between Canadian and Florida companies.

Those numbers are similar to figures in Enterprise Florida’s Florida-Canada 2015-17 trade profile, which said in 2017, “Florida and Canada enjoyed more than $7 billion in trade, which supported about 600,000 jobs in the state.”