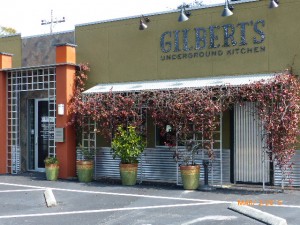 According to a press release posted in February 2015, by the Fernandina Observer announcing the opening of the restaurant, “Kenny [Gilbert] rose to fame in 2010 as one of the fan favorites on season seven of Bravo’s “Top Chef.” Since then he has cooked for the likes of Oprah Winfrey, Gayle King, Stedman Graham, Samuel L. Jackson and A.J Calloway, just to name a few. Kenny began his culinary career in Jacksonville when he took a position at The Ritz-Carlton Hotel Company as an apprentice in the garde manger kitchen of their Amelia Island property.”

Editor’s Note:  We thank one of our readers for alerting us to this information.