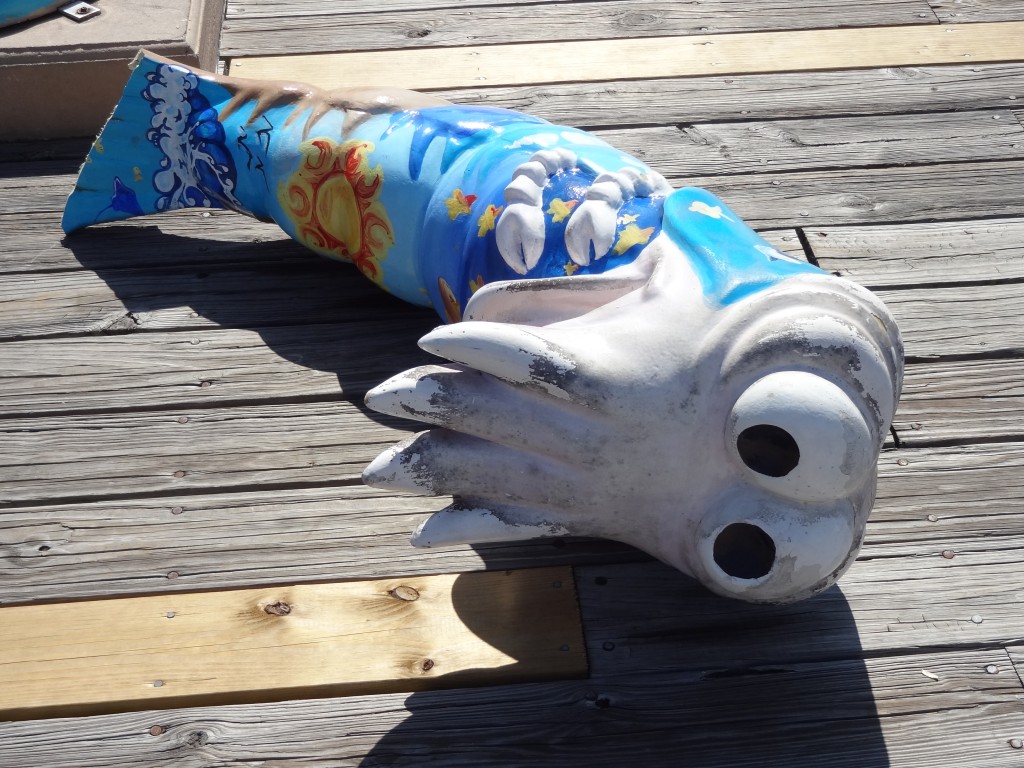 Just days before the 50th anniversary of the Shrimp Festival, one of the City’s  shrimp statues located on the boardwalk south of Brett’s Restaurant in downtown Fernandina, breaks from its pedestal.  A number of the decorative shrimp were donated to the City after a Micah’s Place fundraising event approximately four  years ago.

The placement of the  shrimp on the waterfront created a popular  photo opportunity for tourists.  Children enjoyed climbing on the shrimp as well.