from Takeaways from Tallahassee newsletter
by Peter Schorsch
October 16, 2020 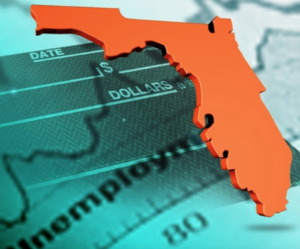 Pizzo has devoted a gargantuan amount of time these past few months helping residents — both inside and outside his district — chase down claims amid a crumbling website and an overwhelmed staff at the Department of Economic Opportunity.

“The analogy I give is, I give you a four-burner stove to go make lunch for 1,000 people, it’s just not possible,” Pizzo said of the DEO’s preparedness for the surge in cases this past spring.

The well-reported failures led to the ousting of DEO Executive Director Ken Lawson. Pizzo says Lawson’s replacement, former Rep. Dane Eagle, has been “accessible and receptive” since stepping in to lead the agency.

“He wasn’t on a defensive posture. He’s not been trying to excuse anything. He acknowledges it’s awful,” Pizzo said of Eagle’s response to the DEO failures.

Many are calling for new legislation during the 2021 Session to help clean up the technical and staffing hurdles that blocked out-of-work Floridians from receiving unemployment for weeks or even months.

Pizzo said he’s confident a deal would get done in the GOP-controlled Senate and the Democrats would have a seat at the table.

“Something’s going to pass but I want it to be in a bipartisan fashion,” Pizzo said. “I want bipartisan buy-in, so I even reached out to Wilton Simpson, the incoming President, and said, ‘Listen, there’s got to be a bill on unemployment and we all have got to be on board.’”

The Senator from District 38 also said he wants corporate buy-in for the bill, arguing large corporations were left hanging by the state while their employees languished.

“If you work for Disney for 26 years, you expect that your employer has some clout with the state of Florida,” Pizzo explained. “And then to be basically put in the back of the line, and wait 60 to 90 days to get paid, Disney’s pissed. I know for a fact that they’re pissed.”

The South Florida Democrat argued businesses could easily use a snapshot of their payroll to see who qualifies for unemployment. Pizzo pitched three different ways companies could alleviate their employees’ struggles absent immediate help from the state.

In addition to legislation, Pizzo calls for a joint select committee to investigate why the DEO website failed spectacularly.

“The public has to see — in the sunshine — how this contract with Deloitte was originated.”

The company has taken a heap of criticism since it helped build the state’s current unemployment system under previous GOP Gov. Rick Scott. But Pizzo isn’t so sure Deloitte deserves the brunt of the blame for the site’s technical failings.

“I know that there were policy changes that were made to the website after it was effectively done — that were not technological, they were policy changes — that may have created resistance and headwinds to the efficient operation of the site,” Pizzo said. “And at first blush, from what I know, I don’t really blame Deloitte.”

Some fixes have already been implemented, and Pizzo says awareness of existing problems would lead to better future outcomes.