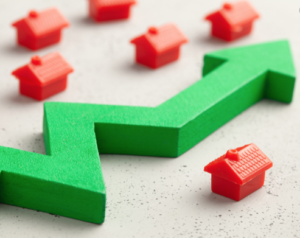 A proposed overhaul of Florida’s property insurance laws designed to dissuade litigation and allow insurers to depreciate payouts for roof repairs is headed for the Senate floor.

The Senate Rules Committee Thursday approved Senate Bill 76, filed by Sen. Jim Boyd, R-Bradenton, in a 12-5 vote after setting it aside for further debate on March 18 to hear attorneys’ and consumer advocates’ mounting objections to several provisions in the bill.

Those objections remain and SB 76 faces uncertain prospects on the Senate floor. Its House companion, House Bill 305, sponsored by Rep. Bob Rommel, R-Naples, advanced through its first hearing before the House Insurance & Banking Subcommittee in a 12-2 vote Tuesday. It has two more hearings to reach the chamber floor.

SB 76 would force claimants, attorneys and insurers to seek resolutions without going to court by removing “incentives” for legal action in resolving disputes over claims, especially for roof repairs

Proposed reforms in the bill include slashes in the time a policy-holder has to file a claim from three years to two, reductions in “multiplier fees” for attorneys “that discourage settlements” and a provision that allows insurance companies to offer policies that insure only the depreciated value of roofs more than 10 years old instead of full replacement costs.

“We are in a crisis now for our homeowners market,” Boyd said.

Noting the number of roof claims going to court have increased from about 27,000 in 2013 to more than 85,000 in 2020, Boyd said the state’s Office of Insurance Regulation (OIR) projects insurance companies in the state will likely double losses from 2019 to 2020.

Litigation is among factors disrupting the state’s property insurance market.

Brandes said the state’s property insurance market is in “crisis” and the Legislature must respond. “If we don’t act, we’re failing our constituents,” he said. “We have to stand our ground here.”

Democrats and trial attorneys say the insurance industry’s contention that fraudulent roof-damage claims are driving up costs is exaggerated.

If insurers were more responsive, Farmer said, there wouldn’t be litigation.

“Homeowners don’t want to file a lawsuit, period,” he said. “When an insurance company is underpaying or denying claims with such frequency that so many homeowners have to file suit, that, too, is a problem.”

The change would shift more costs to homeowners when they have roof damage, Boyd acknowledged, but said they can buy additional coverage and SB 76 still allows judges the discretion to allow higher attorney fees in specific cases.