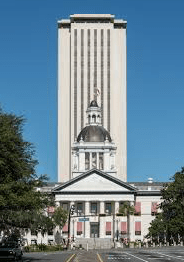 When Florida lawmakers convene their 60-day 2021 legislative session Tuesday, among the most pressing, and painful, issues that await is a projected $2.7 billion two-year revenue shortfall.

With Republicans dominating both chambers in Tallahassee, the usual emphasis to trim spending in education, healthcare/social services and corrections, the state’s largest annual expenditures, echoed throughout preliminary January and February panel hearings and will be a regular session theme.

But Gov. Ron DeSantis’ $96.6 billion Florida Leads’ Fiscal Year 2022 spending request not only sustains funding for most programs usually targeted in times of economic stress, but calls for increases in education and environmental allocations.

To avoid dramatic budget cuts that could derail the state’s economic recovery from the COVID-19 pandemic, notable GOP legislative leaders are also exploring an oft-neglected side of the budget-balancing ledger: the income side.

The pandemic-induced projected revenue shortfall has fostered momentum for a slate of revenue-generating measures that, proponents argue, would allow the state to pick up as much as $2.5 billion a year that it is essentially leaving on the table. Among them:

E-fairness: After similar bills failed in successive sessions, lawmakers appear poised to accept that requiring online retailers to remit the state’s 6-percent sales tax is not imposing a new tax but merely installing a mechanism used by 43 of the 45 states that levy sales taxes to collect money already owed.

SB 50/HB 15 would mandate online retailers that sell at least 200 items or $100,000 worth of items remit the 6-percent sales tax to generate an estimated $1.3 billion in annual sales tax revenue for state and local governments.

When SB 50 passed through the Senate Commerce & Tax Committee 8-0 Feb. 18, Gruters hinted he may amend the measure to reflect a “revenue neutral” provision being considered by Missouri lawmakers.

HB 999, filed by Rep. Fred Hawkins, R-St. Cloud, would force all companies to file a single tax return covering their entire business under a “combined reporting” metric, required in 28 states, that would raise $477 million annually, according to some estimates.

The bill does not have a Senate companion. It awaits hearings before the House Ways & Means and Appropriations committees.

The bills are a prod to spur urgency in talks with the Seminole Tribe after two years of stalemate in securing a gaming compact that could net the state up to $750 million annually.

The snag: The Tribe objects to the state taking control of sports wagering and such an “expansion” could be outlawed under November 2018’s Amendment 3, which requires any “expansion of gambling” be approved by 60 percent of voters in a ballot measure.