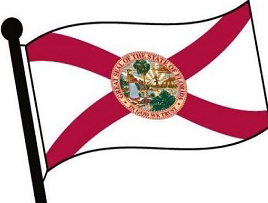 It wasn’t quite the noon adjournment that Senate President Wilton Simpson predicted, but the Florida Legislature wrapped up its 60-day session Friday by passing a $101.5 billion budget and repealing the state’s 50-year-old no-fault law.

The $101.5 billion budget for Fiscal Year 2022 (FY22), which begins in July, is $9.3 billion larger than the current year’s $92.2 billion budget, a 10% increase mostly fueled by federal pandemic assistance packages adopted by Congress since last March.

The House approved the budget, outlined in Senate Bill 2500, in a 117-1 vote with Rep. Anthony Sabatini, R-Howey-In-The-Hills, casting the lone dissenting vote.

“That’s a 10.1% INCREASE – single largest increase in government spending in FL history,” Sabatini, who is running for Congress in 2022, tweeted. “I’ll be voting NO.”

The Senate then endorsed the budget in a unanimous vote, sending it to Gov. Ron DeSantis’ desk shortly after 1 p.m.

Earlier in the session, the Senate withheld the $10.2 billion the state will receive from the latest round of federal pandemic assistance, the ‘American Rescue Plan’ adopted in March from the budget.

Some lawmakers and DeSantis suggested a special session to allocate the one-time plug of federal money but, ultimately, the plan approved Friday spends $6.9 billion, setting aside $3.5 billion to boost state reserves to $6 billion.

Lawmakers will return to Tallahassee for a special session beginning May 17 to deliberate on a proposed 30-year gaming contract with the Seminole Tribe of Florida, a deal that could add at least $2.5 billion to state coffers over the next five years.

Among pandemic-induced budget increases is a $4.3 billion federal boost to account for 1 million new Medicaid enrollees over the past year within the state’s $44 billion health care budget.

The budget spends $22.4 billion on the state’s K-12 education system but does does not include $7 billion in federal aid earmarked for schools to be allocated directly by state officials, which several lawmakers and education advocates say could be unconstitutional.

The budget includes $2.8 billion in federal stimulus for child care, $2 billion in federal money for the State Transportation Trust Fund, $300 million for Department of Environmental Protection (DEP) land acquisitions, $156.4 million for workforce measures and to update the unemployment system website, $50 million to continue raising teacher salaries to a base minimum salary of $47,500 annually, $43 million to raise the minimum wage for state employees to $13 an hour, $30 million for the African American Cultural & Historic Grant Program and $9 million for the Department of Health’s Office of Minority Health and Health Equity infrastructure.

Considering the state began the year anticipating a two-year $2.3 billion funding shortfall, the federal assistance helped grease the wheels in adopting what otherwise could have been a difficult spending plan to live with, said Senate Appropriations chair Sen. Kelli Stargel, R-Lakeland.

“Through a combination of key investments and significant reserves, this budget sets Florida on a responsible path towards a full economic recovery that will leave our state well-prepared to address potential future challenges and seize upcoming opportunities (as) more and more people locate here to our great state,” Stargel said.

“We catapulted out of this pandemic, our state did,” House budget chief Rep. Jay Trumbull, R-Panama City, said, “and it really set us up for tremendous success.”

Despite the promise of a midday departure from Tallahassee, unfinished business remained after the budget was passed – namely, final votes on a proposal to do away with no-fault insurance and require drivers to purchase mandatory bodily injury (MBI) coverage.

If signed by DeSantis, instead of being required to purchase $10,000 in personal injury protection (PIP) coverage, Florida’s 16 million drivers must secure MBI coverage that would pay out up to $25,000 for a crash-related injury or death.