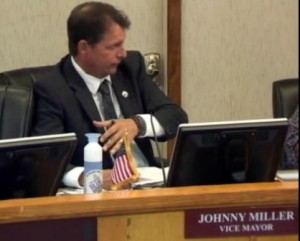 During the portion of the Fernandina Beach City Commission (FBCC) meeting held on July 21, 2015 reserved for Commissioner Reports, Vice Mayor Johnny Miller reported that he had received an email from Medardo Monzon, a local citizen active in port issues in which Monzon had urged the FBCC to adopt a resolution opposing the transfer of coal from ships equipped with clamshells at the Port of Fernandina. The FBCC declined to take action on this item as an emergency item, the only way a resolution that has not been publicly noticed 24 hours in advance of a meeting, can be approved. The FBCC did agree, however, to consider it at a future meeting following staff review and input from the City Attorney.

In his email to Miller the evening of July 19, Monzon summarized a conversation with a group that included Miller following the inaugural meeting of Amelia Earthkeepers. He wrote: “We suggest that the City of Fernandina Beach (COFB) officially adopt a resolution regarding ship-to pier coal transfer at the Port of Fernandina (PORT). This resolution can be issued independently of the process being defined to update the Land Development Code and does not require the approval of the State of Florida. Therefore, it can be moved, discussed and voted on promptly. Monzon provided text for such a resolution and added: We believe that it’s important for the COFB to adopt this resolution prior to the next OHPA [Ocean Highway and Port Authority] workshop and board meetings to be held on July 29 and August 12, respectively.”

Miller did not have time to place the item on the FBCC meeting agenda, which requires 24 hours public notice before the meeting, so he brought it up under “Commissioner Comments.” In introducing the item, Miller read the proposed resolution from his computer, since the other commissioners had not had an opportunity to see it in advance. He had sent it to the City Attorney in advanced, and he asked her to forward to the other commissioners. The citizen-drafted resolution read:

WHEREAS the primary responsibility of government is to provide for public safety and health,

WHEREAS at their July workshop and/or board meeting OHPA Commissioners and/or its attorney stated that the PORT is capable of receiving and transferring coal from ships equipped with clamshells, and that OHPA cannot legally stop its operator (Kinder Morgan) from bringing coal by ships,

WHEREAS the above mentioned method of coal transfer will produce fugitive dust that will inevitably spread outside the PORT boundaries, thus contaminating air, waterways and land, causing harm to public health, the environment and the economy of our fragile and environmentally sensitive island,

WHEREAS the community has consistently expressed a strong opposition to coal-to-pier transfers at the PORT through innumerable public hearings, workshops and letters to newspapers and blogs, and

WHEREAS both West Rock and Rayonier and continue to economically satisfy their coal requirements via rail shipments,

(a) to strongly oppose any and all attempts by Kinder Morgan and/or OHPA to obtain an environmental permit for a coal transfer facility at the PORT, and

(b) to oppose the re-purpose, retrofitting, investing, re-engineering or modification of any equipment that would enable the offloading, handling and transferring coal from ship or barge at the PORT.

Miller said, “The reason it’s not on your agenda is because of the upcoming meetings they [the OHPA] are having and the simplicity of the resolution itself. I thought we could just go ahead and approve it tonight.”

After reading the resolution aloud, Miller said he had recently visited WestRock to see their coal handling operation and found nothing of concern. But he was concerned about Kinder-Morgan’s potential to off-load coal from barges in the Amelia River. Kinder-Morgan is the operator of the Port of Fernandina. He did not site any imminent plans to do so, but indicated that the potential remains a concern because Kinder-Morgan has not “taken it off the table.” 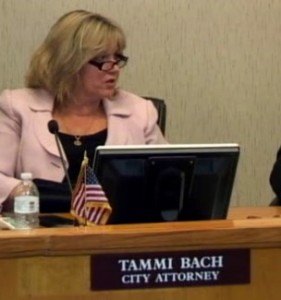 Miller moved to approve the resolution, and offered to send it in writing to the other commissioners. City Attorney Tammi Bach advised Miller that before action could be taken on his motion, the FBCC first needed to declare an emergency, requiring a 4/5ths vote of the body, to have the item added to the agenda. Miller said, “Based on the fact that the meetings are coming up and [the proponents] would like to have it in hand when they go up there, and the simplicity of it … It’s not something we haven’t said before in one way or another, I would move this as an emergency matter.”

Before the motion was seconded, Commissioner Pat Gass said, “I have a few questions. How would you know if this has been removed from the table? What makes you think it’s still on the table?”

Bach interrupted, reminding commissioners that a second was needed to the motion before discussion. 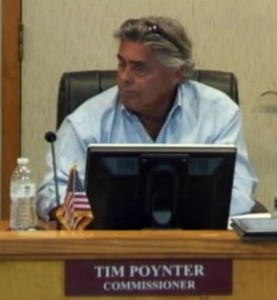 Commissioner Tim Poynter said, “I’m in favor of bringing it back to another meeting so we can talk about it, but I’m not in favor of taking action tonight. I haven’t read the thing, digested it. Nothing is as easy as it seems. There are always some issues that go along with it. I don’t feel comfortable at the moment, even though I am not in favor of coal transfers [as described]. I’m not comfortable doing it at this hour, without even reading it.”

Mayor Ed Boner said that he would allow discussion without a second.

Commissioner Robin Lentz said that she was uncomfortable with making a decision at this time. She said, “I want to have someone who knows a little bit about this from DEP or similar agency, only because I don’t even know if they use clamshells any more to transfer coal. There are so many questions I have, and there isn’t anyone in this room prepared to be an expert in this area. I propose we bring it back as a discussion item and get some people here who know a little bit about it.” 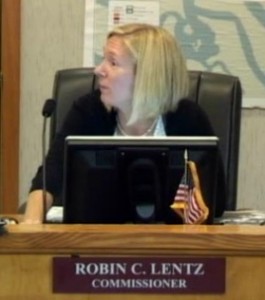 Miller was not deterred. “Just to reiterate,” he said, they are talking about using clamshells to move coal from ship to shore. That’s out there.”

Gass asked, “Where did you here that?”

Miller replied, “They haven’t said they’re not going to do it. They haven’t taken it off the table. What we are saying is that we don’t want them to consider it.” 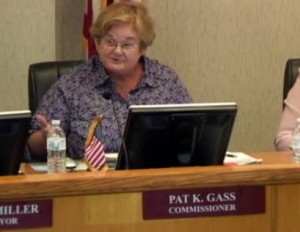 Gass continued, “But if they did try to do it, they would have to go through the entire process of advertising it.” Miller agreed, adding, “We hope, if someone like Roy Smith actually sees it and brings it to our attention.” This was a reference to an air quality permit that Kinder Morgan had applied for with the DEP that only came to light because Smith had read about it in a legal notice in the newspaper.

Miller went on. “Listen,” he said. “We can rescind this if we find out later on they’re never going to do it or that this process is completely clean and there will not be any coal dust. We can pull the resolution and say, ‘Never mind.’ All we are doing now is telling them that this commission does not approve reaching out over the water to pick up coal and then dropping it into a funnel.”

Gass said, “I feel this is an effort to suck us into fear mongering which is going rampant in this community. Can we just get the facts?”

Boner broke in saying that without a second, he believed this was a topic for another meeting. He said that there was not support to add this to the agenda as an emergency item.

Miller said, “So even though we are saying we don’t support coal handling at the port, nobody wants to second this.” With that he snapped his computer closed and said, “I’ve heard what I need to hear. Thank you.”

Following the meeting, a report from Amanda Warford aired on Fox Channel News dealing with local concerns over the potential for Kinder-Morgan’s coal handling at the port. Warford reported:

“Action News inquired about the company’s future plans and Richard Wheatley, Director of Corporate Communications and Public Affairs told us, “There is no permit application pending to handle coal at the facility at the Port of Fernandina.”

“When we asked him to confirm if the withdrawal of that permit was temporary or a definitive decision not to handle coal, we were told, “Definitive.”

Several people in attendance at the meeting reacted with surprise to learn that what many had thought was a student film project was actually part of a well-planned media story. The research and filming had been completed before the meeting, and only Miller’s comments had been added, along with a wide shot of the FBCC.

In response to an email inquiry from Fernandina Observer co-editor Susan Steger, Miller wrote: “Just for the sake of clarity, the time line is as follows; I received the request for this resolution shortly before the meeting, called the city attorney for advice on how to handle it, discussed it and then decided that bringing it up during commissioner comments was the best course of action. After all of this I was then contacted by Jax media with questions regarding coal at the port brought about by an online petition less than 2 hours prior to the CCM and then the emailed resolution was discussed at that time.” Miller went on to say, “As I stated before, and will say again, this was a short notice issue that a citizen of our community requested at a late hour and asked that it be expedited due to an upcoming meeting.

“Also, I believe most importantly, the statement was exactly what I have heard three other commissioners publicly state on more than one occasion. It was only to officially make these statements for the record.

“Maybe that is the question you should be asking: Why do they say that they are against clam shell ship to shore coal operations being added to our port during discussions, but now require more input and discussion before making these statements official?”

The OHPA Workshop to continue discussion of the Port Master Plan will be held on Wednesday, July 29, 2015, at 1:00 p.m. in the James S. Page Government Complex in Yulee, Florida. For more information about their agenda, visit their web page: http://www.portoffernandina.org.