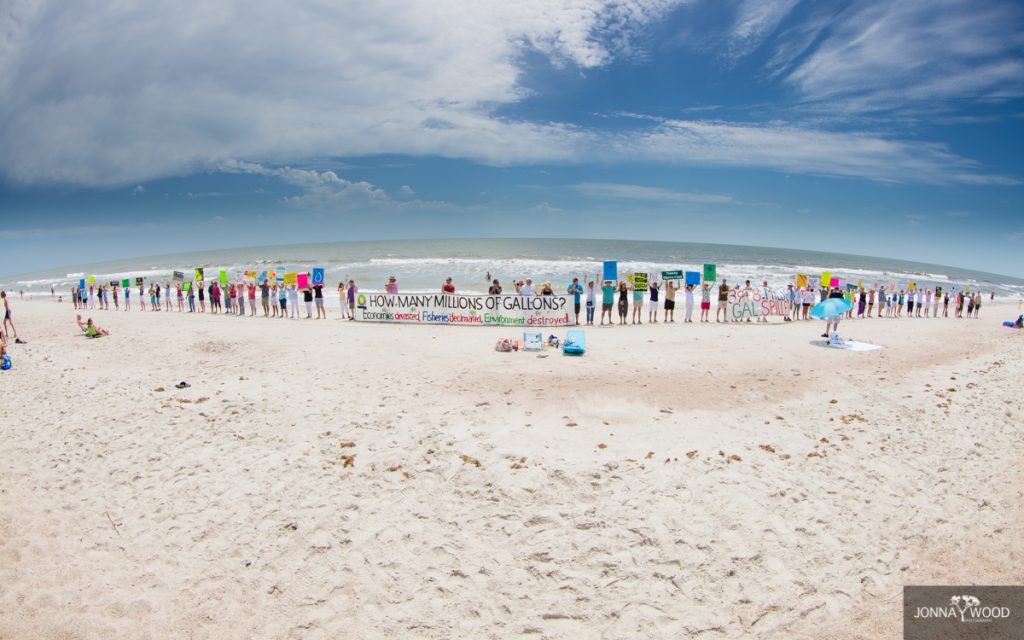 75 people at Main Beach in Fernandina joined hands in solidarity with people across the country and the world, calling for clean energy solutions and demonstrating their desire to protect our coastal environment. This is Nassau Sierra Club’s 6th year to sponsor the Hands Across the Sand which promotes the use of clean energy and renewables. 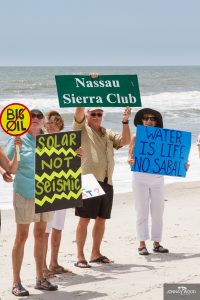 Hands Across the Sand is grassroots movement that grew into an international movement after the BP Oil Spill in 2010, with 18 states and three countries currently participating. The new administration has recently signed an executive order allowing more access for off-shore drilling for oil and gas companies in an area about the size of California that extends from New Jersey to Cape Canaveral.

Yesterday’s event included presentations from Nassau County Sierra Chairperson Julie Ferreira and Fernandina Beach Commissioner Johnny Miller regarding the dangers of offshore drilling in the Atlantic, which hasn’t been done for 30 years.

With the only known calving ground for endangered North Atlantic right whales just off our coast, offshore drilling and seismic airgun blasting off the coast of Florida could pose major risks to our tourist driven economy, our way of life, and to marine animals that we share habitat with.

From the the government’s own study, they have said that seismic testing is likely to harm over 100,000 marine mammals. Seismic blasts have been known to travel more than a thousand miles through the ocean, disorienting, hurting, deafening, or even killing nearby marine life.

It’s feared that the stress of widespread seismic air gun surveys used may well represent a tipping point for the survival of the endangered right whale, contributing significantly to a decline toward its extinction.

The Fernandina Beach event was one of 27 events being held across Florida on May 20th. It was a demonstration showing that local citizens want to keep our beaches clean so that families for generations will have them to enjoy.