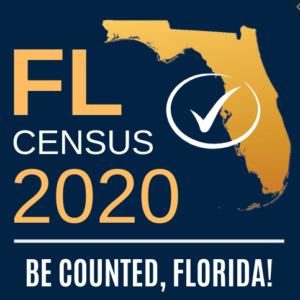 (The Center Square) – The U.S. Census Bureau’s new deadline to finish the decennial headcount likely ensures census undercounts in Florida that could cost the state billions over the next 10 years and douses its long-shot hopes of picking up a third new congressional seat.

The deadline to finish the count, which determines federal and state allocations for the next decade, now is Sept. 30, four weeks earlier than planned since spring.

The bureau reported Monday that 93 million households, nearly 63 percent of all households in the nation, have self-responded to the census and at least 60 million households remain uncounted. They will need to be ferreted out by 500,000 door-knockers the bureau said it is dispatching to the streets this month.

“So Florida’s not pleased with where it is right now, and that’s why we are working so hard on this push to get more households to self-respond,” Stephens said.

Areas with undercounts face significant repercussions in not receiving their share of $700 billion in annual federal funding – a projected $1.5 trillion through 2030 – to be distributed by census-based formulas.

An estimated 200,670-person undercount in the 2000 census cost Florida about $225 million annually, or more than $2.5 billion over the decade, according to the bureau.

An estimated 1.4 million undercount in Florida’s 2010 census – the third-highest in the nation – cost the state more than $20 billion in federal allocations this decade, the bureau estimated.

Even before the COVID-19 pandemic skewered the Census Bureau’s timelines and the headcount was accelerated by a month, an Urban Institute study predicted Florida’s Hispanic and Black populations would be undercounted and its white population overcounted, making the state’s census among the nation’s most inaccurate.

The Washington-based nonpartisan think tank outlined three scenarios in its census projections, with anywhere from 97,000 to 320,000 people – roughly the population of Orlando – going uncounted, at least.

Urban Institute researchers concluded the census will fail to count about 2.4 percent of Black Americans and 2 percent of Hispanic Americans while slightly overcounting second home owners and seasonal residents, who tend to be seniors and white.

Florida ranks 11th among states in Black residents who comprise about 18 percent of the state’s population and sixth in total Hispanic share of the population, 27 percent.

Florida was slow to gear up for the census. After maintaining for months the headcount was best left to the bureau and more than 120 local committees across the state, Gov. Ron DeSantis appointed Lt. Gov. Jeanette Nunez in January to lead a 19-member Florida Complete Count Committee.

Unlike California, which has spent nearly $200 million preparing for the 2020 census – New York City spent $40 million and Illinois spent $29 million – Florida did not allocate money for the census.

What may have spurred DeSantis to join 45 other states in lending executive assistance to the headcounters was the outside potential of qualifying for a third new congressional district.

The bureau estimated in January that Florida’s population was 21.48 million, which means the state virtually is assured of adding two members to its 27-member Congressional delegation and gaining two votes in the Electoral College.

Virginia-based political consulting firm Election Data Services, however, projected Florida was about 172,000 people away from adding another seat, nearly 200,000 people closer to qualifying for a third new congressional district than it was in 2018.