Surge of uncertainty hits some of fall’s biggest events

The show must go on, the saying goes. But in the time of a resurgent COVID-19, should it? 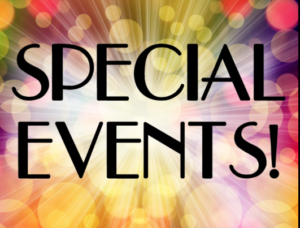 The autumn festivals and entertainment that were canceled last year seemed certain to reappear on schedules a few months ago. But the delta variant has sent more than a few organizers scrambling to figure out whether the biggest fall attractions should once again beckon returning snowbirds and residents emerging from their air-conditioned cocoons.

Labor Day Weekend’s Caribbean Food and Rum in Hollywood was moved to December. The Miami Book Fair will return in November with about half the number of in-person events as it had in 2019 and all venues requiring tickets in advance to avoid packing rooms with people pressed cheek to jowl.

And, Fantasy Fest, Key West’s single biggest event said to attract tens of thousands, announced this week that the legendary bacchanal’s Parade and the Street Fair scheduled for Oct. 29 and Oct. 30 have been canceled. And the Friday Masquerade March is on hold.

Festival director Nadene Grossman Orr told 54,322 followers of the Fantasy Fest 2021 Facebook page she’s not sure what to do.

“We cannot look into the future, but we can certainly see what is happening in our community today and the impact that the new variant of COVID-19 has made,” she wrote, explaining whether the Masquerade March goes on awaits a determination on whether it can be done safely.

Florida just came out of its deadliest month for COVID-19 and the lights on the real Broadway came back on Thursday after dimming almost 18 months ago when COVID-19’s shadow first fell. But, unlike Florida, patrons of “The Great White Way” are required to show proof of vaccination before they watch the curtain rise. And that’s not allowed in Florida. Gov. Ron DeSantis’ ban on vaccine passports subjects any business or venue to a $5,000 fine for asking for proof of vaccination starting Sept. 16.

Traveling shows are sending their regrets. The Alan Parsons Project had been scheduled to perform at the Broward Performing Arts Center on Tuesday in the center’s full-size theater that seats nearly 3,000.

“While Alan and the band have been looking forward to performing for their fans throughout the United States, they extend their love and appreciation to all that were planning to come to these shows, and they cannot wait to see you all again when things are more predictable regarding the ongoing pandemic,” the tour management company wrote to its U.S. venues scheduled for August and September.

Still, the Broward Performing Arts Center is planning on resuming its Broadway touring shows Nov. 3 with performances of the musical “Come From Away.” Its venue with enough seating for nearly 3,000 is going to open Tuesday for a performance by singer/songwriter Geoff Tate, but, the coming attraction warns, “seating capacity may be reduced without notice.”

At the Adrienne Arsht Center for the Performing Arts, “Hadestown” will be its first, full-scale Broadway touring show since the pandemic hit. The show had been scheduled for Sept. 28, but it’s been delayed until December. Still, the Arsht Center has been having full-capacity engagements since July. Masks are required all around and there’s no eating or drinking allowed among audience members watching the show.

“Like all other theaters, we are closely monitoring the situation and adjusting as needed to ensure health and safety,” said Johann Zietsman, Arsht Center President and CEO. And the center has made arrangements to let their patrons know if things are changing. ”Ticket buyers will also receive emails with the latest information about their performance one week prior to their show so that they know what to expect.”

Steve Glassman, a member of the Fort Lauderdale City Commission, said he’s excited to take a seat and watch the curtain rise.

“I’m thrilled to see these venues come back,” said Glassman, who just returned from an ocean cruise. “The arts are a business and for them, it’s been very, very tough.”

But you won’t find Dr. David Lickstein, chief of surgery at Jupiter Medical Center, out there. A few months ago, he might have considered it, he said.

“But with the spike and the surge, I’m back to wearing a mask and staying outdoors,” he said.

I believe all our lift stations and wastewater line are in d...
wpDiscuz
0
0
Would love your thoughts, please comment.x
()
x
| Reply
Comment Author Info