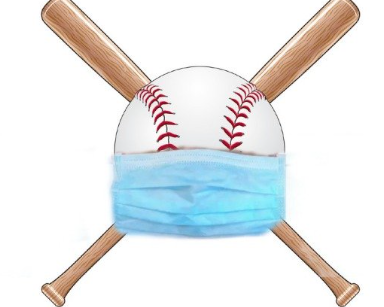 (The Center Square) — Florida says it can fill the black hole in many Americans’ lives caused by the COVID-19 suspensions or postponements of professional basketball, baseball, hockey, soccer and NASCAR seasons.

“All professional sports are welcome here for practicing and for playing,” Gov. Ron DeSantis said. “What I would tell commissioners of leagues is, ‘If you have a team in an area where they just won’t let them operate, we’ll find a place for you here in the state of Florida.”

Florida already has allowed Ultimate Fighting Championship (UFC) matches to resume in Orlando, where they are broadcast without fans. UFC’s 249 aired from an empty arena in Jacksonville last weekend.

“There’s a charity golf event in Juno Beach on Sunday,” DeSantis said. “It’s going to be on NBC at Seminole Golf Club. The next week, Tiger Woods, Phil Mickelson (are) going to be at Medalist in Hobe Sound. So, we want all that.”

On Tuesday, Arizona Gov. Doug Ducey said his state is open to games without spectators for all the major sports starting Saturday.

DeSantis topped that the next day, inviting the NFL to play in Florida university football stadiums and calling on Major League Baseball to begin its delayed season using the state’s 15 spring training facilities.

“I’ve already spoken to some of our colleges, like the University of Florida. They have a great football stadium, ‘The Swamp,’ that’s not used on Sundays. So if an NFL team needs a place to land, we can work that out, too,” DeSantis said on “Fox and Friends” on Wednesday.

The governor often has discussed his love of sports, in general, and baseball, in particular. He led the Dunedin Little League All-Stars to the 1991 Little League World Series and was a four-year starting outfielder and captain of the baseball team as a senior at Yale University.

“We would love to have Major League Baseball,” DeSantis said.

MLB owners tentatively have approved a plan that would begin the season July 4, with teams playing in empty home parks, if allowed by local governments. The players’ union is reviewing the proposal.

“Our people are starved to have some of this back in their lives,” DeSantis said. “It’s an important part of people’s lives. So we want to be able to do that. I think we can certainly do it in a way that’s been safe.”

According to The Associated Press and the Washington Post, Major League Soccer (MLS) is pondering a plan to resume its season this summer with all 26 teams and limited staff housed in Orlando resorts and all games played without fans at ESPN’s Wide World of Sports Complex at Disney World.

Under the tentative proposal, which would have to be approved by the league’s players’ union, teams would arrive in Orlando by June 1 for training camps. MLS suspended play March 12 only two games into its season.

“What I can say if this community is ready to do it, then Orlando is the perfect city to hold an event like that,” Orlando City coach Oscar Pareja told The AP. “The experience, infrastructure, everything. Orlando has everything to hold it. If the league decides to do that, I think it’ll be a great decision to play it here. It’s just rumors right now, but I don’t see any other city that has the experience and possibility to hold such an event like Orlando.”