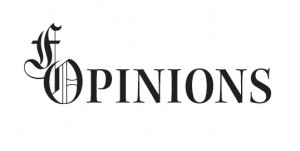 Following publication of my article yesterday questioning the filing status of Conserve Amelia Now (CAN), I have received criticism from both CAN and citizens supporting candidates other than those endorsed and supported by CAN in the upcoming City Commission election.

The questions have  arisen mainly regarding:

The information below has been provided by a variety of experts and will hopefully clarify both CAN’s status and alleviate public concern over its political activities.

Part of the confusion has arisen over a Facebook post that CAN’s Treasurer Chuck Oliva posted in April 2019, in which he said in part: “We are in the process of applying for 501(c)(3) status as a corporation, and we are looking forward to many years of looking out for the people of Amelia Island and protecting their interest against unchecked development.” The post goes on to thank people for their contributions and support.

Oliva told me yesterday, and I have no reason to doubt him, that CAN never followed through by filing for this status with the IRS. Without IRS status, CAN is not a 501(c)(3) corporation, regardless what may appear on their application to the state.

This morning, Fernandina Beach City Clerk Caroline Best, who oversees City elections, contacted the state Division of Elections with the following question: May a registered 501c3 corporation make monetary campaign contributions? If no, are candidates required to return the funds immediately or should the funds be donated when the termination report is filed?

She received the following response also this morning from Kristi Reid Willis, Chief of the
Bureau of Election Records:

There is nothing in the Election Code that prevents a 501c3 from contributing to a candidate or political committee.  Whether it would jeopardize the corporation’s status as a 501c3 is beyond the scope of the election code.

I was able to access the Internal Revenue Services Pub. 78 Data that lists all not for profit tax exempt organizations by EIN #.  Conserve Amelia Now, Inc. is not registered with the IRS as a not for profit corporation.  For profit corporate information is not a matter of public record unless it is publicly-traded.  The campaign contributions to City Commission candidates are not an issue for the candidates, in my opinion.  Conserve Amelia Now is responsible for abiding by the federal and state tax laws on their own.

How ever the incorrect filing status came to be on CAN’s state application, 16 months have passed since the alleged error was made.

Perhaps the time has come to fix it.