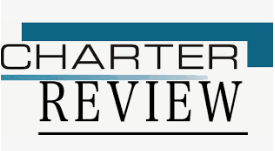 The CRC will consider a proposal for gathering community input and begin review of the existing Charter by considering the first 8 Sections.  Sections 1-6 deal with creation of the City and City Boundaries.  Sections 7 and 8 (provided below) will probably be the focus of more discussion:

(a)  The City of Fernandina Beach shall have full power and authority to:

(1)  Acquire, take, hold, control and dispose of property, real, personal and mixed, both within and without its corporate limits, for the use, benefit, welfare and best interest of said municipality, by acquisition, condemnation or otherwise;

(2)  To issue and sell bonds upon its property both within and without its corporate limits, or the earnings thereof, or both;

(3)  To adopt and enforce local police, sanitary and other similar regulations not in conflict with the laws of the state;

(4)  To do whatever is necessary and proper for the safety, health, convenience and general welfare of its inhabitants; and

(5)  To exercise all other powers of local self-government.

(b)  The enumeration of particular powers by this Charter shall not be held or deemed to be exclusive, but, in addition to the powers enumerated herein, implied thereby or appropriate to the exercise thereof, the city shall have, and may exercise, all other powers which, under the constitution and laws of Florida, it would be competent for this section specifically to enumerate.

The National League of Cities has provided the information below to assist citizens in understanding the difference between the two most common forms of municipal government:

Cities in the United States are sometimes characterized as having either “strong” or “weak” mayors. The term is not a judgement of effectiveness, rather it distinguishes the level of political power and administrative authority assigned to the mayor in the municipal charter. In practice, there is no sharp category that distinguishes between “weak” and “strong” mayors, but rather a continuum of authority and power along which cities are spread. However, the designation of “weak” and “strong” are useful in showing the variations in mayoral authority that exist.

Most “strong” mayors are in the mayor-council form of government, and are directly elected by citizens to that office. Most “weak” mayors are mayors in a council-manager form, and are elected from within the city council.

Previous Fernandina Beach Charter Review Committees have considered alternate forms of government.  However, after discussion they have always returned to the Commission-Manager form as the best fit for Fernandina Beach.

For reasons of cost, CRC meetings are not available on video, but audio recordings are available from the City Clerk’s Office.

The public is welcome to attend all CRC meetings.