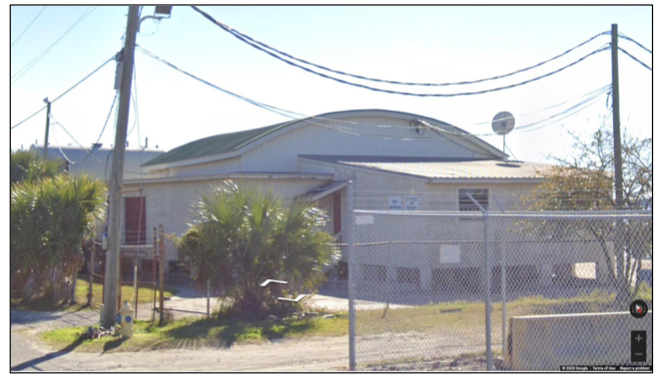 During the March 2, 2021 workshop prior to their regular meeting, the Fernandina Beach City Commission discussed the potential for re-use of the historic warehouse building located at 231 N. Front Street.

The 1920’s-era wooden structure is located on private property. Current owners have no use for the building and have sought permission to demolish it. While not in the Historic District, it is located in the Community Redevelopment Area (CRA); therefore, a demolition request must be approved by the City’s Historic District Council. City Staff reports, “Originally used as an oil storage warehouse for Gulf Refining Company, this structure represents a typical industrial building found on the working waterfront in this period.”

[For more detail on this structure, its potential, and its status see: Tammi Kosack’s piece entitled “To Be Or Not To Be”  published earlier this week in the Fernandina Observer.]

The owners have agreed to suspend efforts to demolish the building until June. They have offered the structure free to any interested party. The estimate to move the structure by barge is $100,000.

Ross asked for thoughts of other Commissioners. He said that he had placed it on the workshop agenda as a means to try to find somebody who would be able to remove and repurpose the building.

Commissioner Bradley Bean asked what the building would cost and where the City would put it. He said that the $100K move quote was just the tip of the iceberg.

Ross replied that he was not suggesting that the City take the building. He was just looking to find a benefactor who might enter into a public/private partnership with the City while using it for a private business purpose.

Bean said that he would be interested in seeing any specific plan from any interested party, should that materialize.

Vice Mayor Len Kreger reminded Commissioners that they were up against a tight time frame. While Main Street is applying for a grant which might be useful, if awarded the money would not be available for a year.

“My only point in bringing this up is to call attention to it. If somebody is out there and would like to pursue it, that’s fine. Otherwise, the building will be demolished,” Ross said.

Commissioner David Sturges said that given the age and state of the building, he believed that there might be some architectural elements that could be saved and repurposed in a new building. He cited specifically the curved truss roof and the clerestory windows.

Kreger agreed with Sturges about the benefits of salvaging some of the structure, if it could be worked out during the demolition.

“This is one of those City conundrums in which we have a historic building that reflects what was the working waterfront [at one point in time] and has value in that context,” Mayor Mike Lednovich said. He expressed concern about moving the building to City owned waterfront land that could be leased to generate income to the City. “We would place the building on a lot, and who would take care of it until we find a committed business interest who then will have to spend $200-300K to renovate the inside?” Lednovich suggested that the building’s integrity would be jeopardized as a new occupant put in windows and other modernizations. “I’d like to preserve the building but I don’t want to see demolition by neglect.”

Lednovich asked the FBCC if they wanted to continue working on this issue at a future meeting or let the matter die. Ross suggested that they ask the City Manager and/or Main Street to issue an RFP to determine if there is any interest in the building. “If we get some takers, fine. If we don’t, then we move on.”

Kreger suggested that if there are no takers, the City engage in the demolition process to try to salvage important architectural elements.

Consensus of the FBCC was to proceed with an RFP with a response deadline of April 30, 2021.