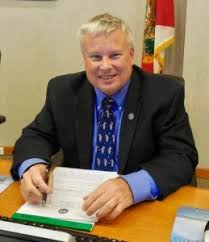 Tucked around the S. 2nd Street corner from City Hall is a large nondescript building. It is big and pretty basic, presenting itself as a warehouse. A former tenant of the building, the Marlin & Distillery, relocated to its current 232 S. 8th Street location a few years ago. The remaining tenant is the Maritime Museum of Amelia Island. The museum is easily overlooked due to minimal signage, but directional signs to the museum on Ash Street are posted.

My first experience with the Maritime Museum was in 2016, shortly after my arrival to Fernandina Beach. The museum was in the process of relocating from a S. 8th Street location to its current site. The building at the current site pretty much encompasses the entirety of the property, so it was difficult for the museum to provide sufficient parking in accordance with City codes. At the time, however, the City had provisions by which a business could pay a fee in lieu of providing parking. At the time, the fee was $1,500 per parking space, so with a shortfall of the required four parking spaces, the museum could comply with City regulations by paying $6,000.

Mr. Charles “Doug” Pope, the founder of the Maritime Museum, approached me and indicated that $6,000 was a significant outlay for the museum. After some discussion, I made a “handshake” deal with him that he could make annual payments of $1,000 for six years. We continued to honor that agreement until a few years ago when the City amended its code to no longer require on-site parking in the downtown area for non-residential/lodging uses.

The museum occupies a small portion of what is a deceiving large building. It, like all museums, has a variety of displays and artifacts highlight the maritime history of this region. Mr. Pope is also the managing member of Amelia Research & Recovery, captaining the Polly-L, a seventy-one foot lift boat used for treasuring hunting operations.

The initial efforts of Amelia Research & Recovery began in 1988 (originally Old World Treasure Quest), exploring for the 1715 Treasure Fleet off of Fort Pierce. The company established a maritime artifacts, treasure, and antique weapons museum in St. Augustine, but the associated lease was lost after only one year. Shortly thereafter, the Director of the Amelia Island Museum of History, Mrs. Deon Jaccard, approached Mr. Pope to exhibit artifacts in the Fernandina Beach museum. The display, presented in what was designated as the Galleon Room, was a popular display for several years until the room was re-purposed. The artifacts were then relocated to the dive shop in Hall’s Beach Store at the corner of Sadler Road and S. Fletcher Avenue. The display was open and free to the public until 2008.

In 2010, the Maritime Museum of Amelia Island, Inc. was formed and subsequently recognized as a 501(c)3 non-profit corporation. The principal supporter of the museum is Amelia Research & Recovery and has spent over $250,000 in building upgrades and operations since the 2016 relocation to 115 S. 2nd Street.

As with many businesses and families, the past two years have been difficult for the museum, but it has remained operational (limited) due to the passion of dedicated staff and volunteers. The building in which the museum is currently housed is now for sale, and with dwindling availability of space downtown, it is possible that the museum will cease operations if the building is sold. Mr. Pope approached me for assistance, which is the reason I am sharing his story with you.

Mr. Pope has shared his business plan with me. It is a costly business plan for a struggling non-profit. Mr. Pope desires to share, recognize, and honor the history of the local shrimping industry, including the stories some of the longstanding operators such as Ms. Ornez Cook Jones, a lifelong Nassau County resident and “shrimper.” Mr. Pope wishes to place a modified shrimp boat in the museum, demonstrating the operations of the boat. As part of the legacy of the shrimping industry, a small conference center displaying maritime art accompanied by a small restaurant serving local shrimp could be incorporated into the redevelopment of the site.

The museum would also promote the history of area tug boats and lumbering industries and the illegal early twentieth century whiskey trade. The prominence of local charter fishing operators in today’s Fernandina Beach can also be promoted.

As indicated, the costs for Mr. Pope’s vision and proposal are not inexpensive, reaching over $3,000,000 to acquire the property and redevelop the facility. The Maritime Museum represents a wonderful insight into some of Amelia Island’s past. I encourage you to visit the museum and learn more of that history and the hopes for the museum’s future.

This excellent small maritime museum could be a focal point for a Fernandina educational/marine science/boatbuilding/marine trades/oceanographic institution. With major naval facilities – Kings Bay Nuclear Submarine Base and the major Jacksonville Naval complexes around us to the South – there is a synergy that begs for institutional development. It’s not all tourism – and our young folks need opportunity. Some ideas in these links… http://awesomeocean.com/guest-columns/13-best-marine-research-centers/

Pat’s Wildways discussion made me think: what if Fernandina Beach became a model of how to manage land without chemicals running off into retention ponds? What if FB became a model for using native plants (attracting local butterflies, birds, and bees) in our common roadsides and round-abouts? FB can become an attraction to see the native flora and fauna!

Thanks Dale for highlighting the efforts of Mr. Pope over the years to preserve some history. I, along with my partner in crime Eric Bartelt, had the pleasure of meeting and “working” with Doug a number of years ago on a project he envisioned to serve as a visual reminder to citizens and visitors of Fernandina’s importance in the history of shrimping. His vision was to secure a retired shrimp boat and place it within a water feature on the city-owned vacant lot at the corner of 8th and Lime. He had carefully studied all the details in obtaining a boat, transporting it by the adjacent railroad tracks from the marina to the site and building the display that would meet its safety and security needs. All he was looking for the city to provide was the land and utilities. What a magnificent initial impression such a sight would make to people driving up 8th Street! But such an idea is the mark of an explorer/adventurer as Mr. Pope. Sadly, the plans to acquire the shrimping boat fell through at the time and the efforts never advanced.
Best wishes to the Maritime Museum and its future.

I have known Doug Pope for several coons’ ages. We are both Vietnam Vets, his job was flying lightly armed helicopters into situations you would not believe were survivable, and he kept right on doing it until he ran out of helicopters. You know he is not about to give up on any project he undertakes ashore or out there offshore on Polly L. Fernandina should be proud to have Doug as a resident driving force.