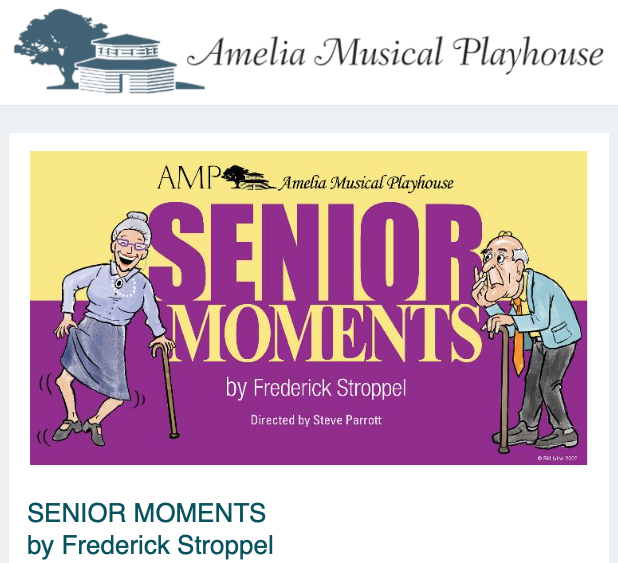 A powerful musical romp through various aspects of aging – from the hilarious antics at a senior fitness class to the poignant interaction between an older mother and her daughter who constantly misunderstand one another. Then we’re off to watching two elderly men who are attempting to play tennis while one of them is still in “flirting mode.” The music soars from “The Power of a Dream” to “Can I Ever Please Her?” and includes such unforgettable tunes as “Don’t Give Up, Don’t Back Down,” “Ready for the Next Step,” and “A Life Well Lived.” The show is guaranteed to produce tears and laughter as the play moves deftly from scene to scene, touching on life experiences that every audience member can relate to. One set, 7 actors, 3 piece band. Note: This show is for the young at heart, not youngsters! It contains some adult language and situations.