In a “Community Conversation”, A Recovering Addict Tells Her Story, and an Ex-Firefighter Tells Group to “Get Your Hands on NARCAN®”

“I grew up in a middle-class family,” she began. “My dad was in sales, my mom was a travel agent. I consider myself privileged. I can’t say what went wrong – I was just bored. I was raised in a super-Christian family, and I had issues with that. I started drinking and smoking pot. I thought I was learning things about God that my parents never knew. In my twenties, I tried Ecstasy and acid. I thought it was a spiritual journey.”

The woman, who did not want to be identified, detailed her descent into the netherworld of drug addiction.

“My parents wanted everything for me – they didn’t do anything wrong, “ she continued. “They sent me to college. I spent three semesters in three different colleges, but I never finished one semester. I’d buy books and then sell them so I could buy drugs…. I was a wreck. I’ve been in jail – I’ve been on probation. I was in and out of rehab. By 23, I was on cocaine.”

At that point, her parents threw her out of the house.

“I had pawned everything they had – all their TVs,” she explained. “Finally, my dad had the TVs and things etched “do not pawn” with his phone number.”

A self-described “career server,” the woman worked to support her drug habit, and also resorted to shoplifting.

“I wanted to try every drug,” she said. “I tried heroin, and it was life-changing – even though I threw up 19 times the first hour I used it. Then I was in jail for 40 days. I usually got out after a few days on my own recognizance – I didn’t look like a homeless person.”

At this point, her parents made a bargain with her: they would get her out of jail if she agreed to move to Florida.

“I got two years’ probation, and I was clean for about a year,” she said. “Then I started drinking and smoking pot, then cocaine.”

In 2007 and 2008, she started using prescription drugs, such as oxycodone, Percocet, and Oxycontin.

“Every time I got out of rehab, I started to smoke pot and then got back on opioids and heroin,” she said.

At about this time, she met her husband and “popped up pregnant.”

The physician’s call was to Starting Point, a behavioral healthcare center in Yulee.

Thanks to the treatment she received there, she was clean when she was about six months pregnant. But when she brought her baby boy home from the hospital, she also brought a supply of Percocet.

“I don’t know why,” she shrugged. “I hadn’t had a C-section or anything.”
When the baby was six months old, she stopped breast feeding so she could drink alcohol, which led quickly to drugs.

“We couldn’t pay our bills,” she said. “My dad died, and we moved in with my mom. I was shooting up in the bathroom. My mom kept telling me that God would take care of me.”

“I don’t now what changed, but I received what the 12-step program calls ‘the gift of desperation,’” she said. “I had a sense of impending doom. I felt I might die, or lose my child.”

This ‘gift’ prompted her to reconnect with Starting Point.

“I got on the program – I went to every meeting, every group session,” she said.
(Starting Point uses medicine-assisted therapy for addiction. One of three different medicines – methadone, suboxone or vivitrol – is administered, and the treatment is combined with individual and group therapy. According to experts, medicine-assisted therapy is five to seven times more likely to be successful than “cold turkey” treatment.}

“When I had been clean for three weeks, my mom fell,” the woman recalled. “It also become evident that she had dementia. I was able to take care of her for five months, before she died. The amazing thing is, I didn’t buy drugs with my inheritance—I didn’t need them.”

The woman, who has been drug-free for four years, offered this advice: “If you have people you know are addicts, don’t give them money – but don’t give up on them. Treatment can work with everybody.”

After attendees cheered and applauded, a woman in the audience spoke of her own experience: “My son is an addict. He went to Starting Point right from the hospital. He’s been clean for 75 days. Thank you so much.”

According to Laureen Pagel, the CEO of Starting Point, the group has counselors in the Emergency Room at Nassau Baptist Hospital to inform patients there of services available at Starting Point.

“The message is that ‘recovery is possible,” Ms. Pagel told the Observer. “We’ve doubled our medicine-assisted therapy program over the past year. We now have 60 patients being treated.”

Ms. Pagel also said she was encouraged by the availability of Narcan® (naloxone) as an over-the-counter medicine. This nasal spray is an emergency treatment than can save the lives of people who have overdosed. Until recently, the drug was used by fire, police and emergency departments, but not available to the general public.

“Narcan® gives people time until the paramedics get there,” she said. “Having it available over-the-counter will save lives.”

The drug, which comes in a box containing two doses, is now allowed to be sold over the counter in 48 states, including Florida. Locally, both CVS and Walgreens confirmed that it is available.

“It’s not on the shelves – you have to ask at the pharmacy counter,” a pharmacy technician at CVS told the Observer. CVS quoted the list price for the two-dose box at $89.99. The Walgreen’s pharmacy department quoted it as $135.99. Many major insurance programs cover the drug, and discount coupons are available on the internet.

Frank Montes de Oca, a firefighter for 48 years and a paramedic for 22 years who now consults and trains fire departments on the use of naxolone, explained to the group that it is effective because the nose has large areas for absorbing drugs directly into the bloodstream. He stressed that the drug “can’t do any harm” and that it would have no effect if used on a person who had not overdosed. His advice:

“Get your hands on Narcan®, and if you see someone you suspect may have overdosed, shove it up their nose.” 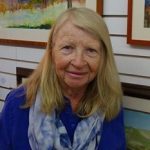