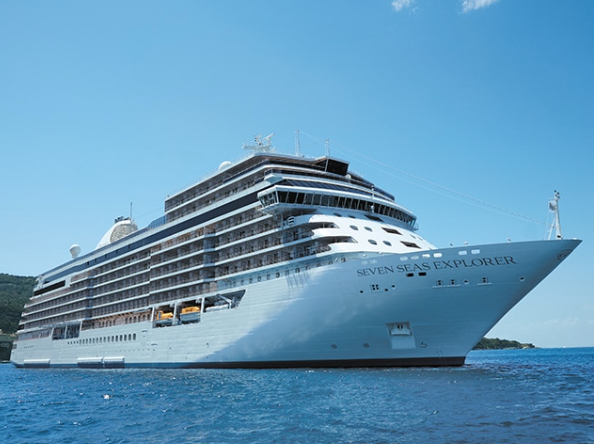 The Seven Seas Explorer is scheduled to dock at the Port of Fernandina tomorrow morning, May 7, 2020, around 10:00 a.m.  The 735- foot long ship is expected to remain docked at the Port for 2-3 months, as the cruise industry tries to address the need to “dead park” its vessels in safe locations.  There are no passengers on board.  The crew which has been reduced to 120, must remain on board unless U.S. Customs and Border Control gives permission for individuals to depart to fly home.  The ship will be resupplied through the Port of Fernandina.

Due to health and customs concerns, the public will not be allowed to visit the ship, which may be viewed in some detail  on the Regent Seven Seas Cruises website.

Christopher Ragucci, President and CEO of World Wide Terminals – Fernandina, explained that cruise lines are seeking ports to lay berth ships that have been idled by the Coronavirus pandemic.  He said that at this time 6-7 cruise ships are anchored off Port Canaveral because there are insufficient berthing facilities.  The Seven Seas Explorer has been one of those ships.  He said that the Port of Fernandina can only handle one cruise ship while still maintaining normal operations.  Ragucci said that the Port has continued to operate during the pandemic, even though traffic has been reduced.  Port employees have remained on the job.