Operating out of temporary studios in the vacated McGill Aviation building at the city airport, the Fernandina Observer takes its first step toward live news broadcasts tomorrow evening at 9:00 p.m. Editor Susan Steger said, “We are excited about the future of news for Fernandina Beach. Our followers can be assured that we will take the same care in providing accurate, informative news in our new format as we always have on our newsblog.”

In addition to covering local news, the Fernandina Observer will also host moderated discussions on issues of local importance, such as the upcoming referendum to annex all property with the 32034 ZIP Code into the city of Fernandina Beach and plans to convert a former church parking lot at 4th and Alachua Streets into the city’s recycling center.

“We will focus on many waterfront issues,” Steger said. “Our followers need to know more about Disney’s plans to convert the Standard Marine property into a pirate theme park. What is FDOT’s design for the Front Street skyway that will divert truck traffic from 8th Street? And is it a good idea to sell the Atlantic Avenue Recreation Center to pay the city’s share of the $100M of required dredging to build a cruise ship terminal up river from Rayonier Advanced Materials?”

With the advent of broadcast news, the Fernandina Observer will continue to report important stories on its newsblog. Reporter – News Analyst Suanne Z. Thamm is currently working on a piece involving the future of Bosque Bello Cemetery, now that Old Town has voted to secede from the city and consolidate with Nassau County.

She has also been interviewing city officials on plans to solve the animals on the beach problems. According to a reliable source, Thamm said, “The Beach Rangers will be equipped with paint ball guns to “shoot” any horse or dog in violation of the ordinances. They believe such a move, coupled with body cameras, will enable law enforcement to identify animal owners and assess fines.”

Fernandina Beach Mayor John Miller offered congratulations to the Fernandina Observer on its move to broadcast media. “I’m looking forward to being interviewed, after I move into the new official residence of the city mayor in the Lesesne House. A great step forward for our city!” 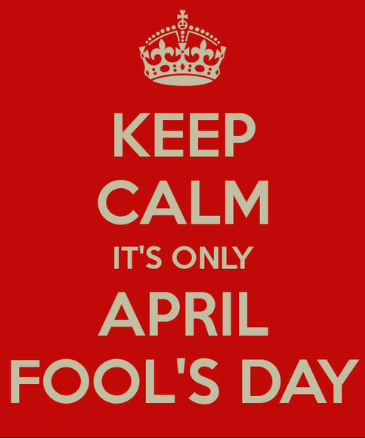 Hahahahahahahaha. Please include coverage of the Kitty Kitchen and Kondo expansion of Atlantic Seafood.

Dimension of Disney turn my stomach the city mayor living in that house I’m going what is going on with my town. You got me. Happy April Fools Day

I was about to have a heart attack! Then I remembered the date.

You got me! I was so excited about bringing all of 32034 into the city. All that money to add to our coffers!

Thanks for resurrecting Sidd Finch. George plimpton would be honored.

Nicely played. You had me right up to paragraph three.

The Front Street skyway should investigated further. If we could extend it to St. Marys, think of all the time and gasoline we could save.

Not humorous. I was too gullible.

Don’t quite cash that $1MM check i sent in then.

I love this! Made my day!

“No one was so worried when they cut down all the tree...
wpDiscuz
13
0
Would love your thoughts, please comment.x
()
x
| Reply
Comment Author Info