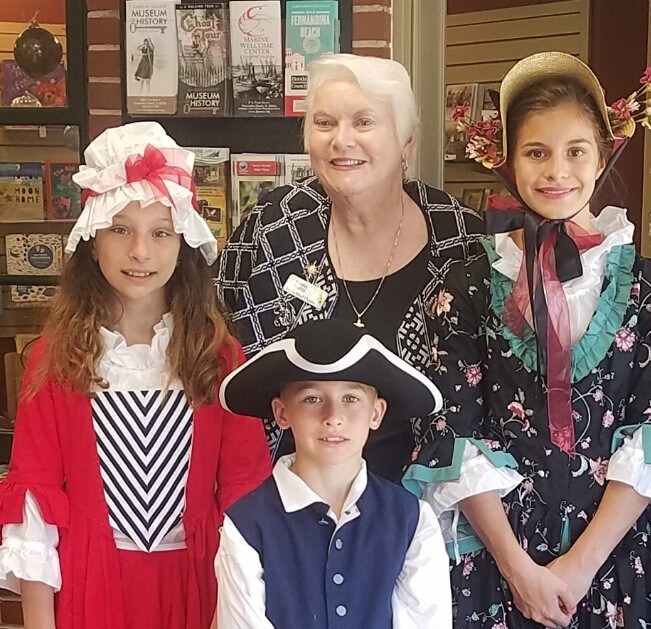 Jean Worley, Chair of the DAR Good Citizens Committee, began the awards ceremony in a packed Baker Hall by recognizing the student from each of the four Nassau County high schools who received the Good Citizens Award. Marvin Portillo read his essay, which has been submitted to FSSDAR for consideration of the Florida State award. The certificates and pins were accompanied by a $200 check from the chapter. 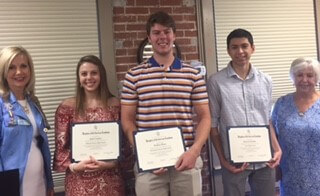 Next came the winners of the American History Essay competition, which is open to children in the fifth through the eighth grades. Each winner was presented with $50, and each runner-up received $25. 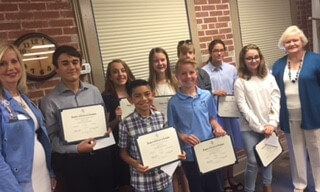 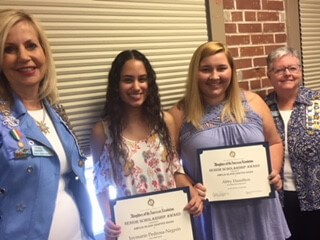 Regent Lynn Leisy stands next to Joymarie Pedrosa-Negron, and Abby Hamilton stands next to Past Regent Marie Santry. Hannah Bennett was unable to attend and will be presented her scholarship at West Nassau’s Senior Awards Assembly in May.

The National Society Daughters of the American Revolution is the largest women’s service organization in the world and contributes over one million volunteer hours a year. The almost 200 members of the Amelia Island Chapter contribute approximately 5,000 volunteer hours and $4,000 in scholarships and awards in Nassau County each year.