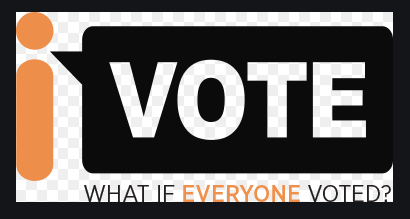 With a Senate bill proposing restrictions to the state’s vote-by-mail rules one step away from a chamber vote, the House introduced its own similar, but not exact, reform measure Monday.

Unlike Senate Bill 90, which has one hearing before introduction onto the floor, the committee bill approved by the House Public Integrity & Elections Committee Monday in an 11-6 partisan does not ban ballot boxes.

The bill, PCB PIE 21-05, will be numbered and carried by Rep. Blaise Ingoglia, R-Spring Hill, who said despite more than 4.85 million Floridians casting vote-by-mail (VBM) ballots in November, lawmakers have been reviewing ballot security, accessibility and transparency issues since 2019 and this is part of that sustained effort.

Democrats and many advocacy groups have mounted a furious campaign against the proposal and threatened legal action if the Republican-controlled Legislature follows through with VBM “reform” measures first outlined by Gov. Ron DeSantis and incorporated into SB 90, sponsored by Sen. Dennis Baxley, R-Lady Lake.

Like SB 90, PCB PIE 21-05 requires voters sign-up to receive VBM ballots at least once every two-year election cycle rather than once every four years and allows only immediate family to pick-up and drop-off ballots on their behalf.

Unlike SB 90, the House bill allows ballot drop boxes at county supervisor of elections offices but requires they must be monitored by office employees or law-enforcement officers during regular working hours. After hours, boxes can be monitored by video.

Drop boxes outside county offices would only be allowed in early-voting periods during business hours and must monitored by elections workers or law-enforcement officers, under PCB PIE 21-05.

According to a survey sent to the state’s 67 county elections offices, about 10,000 ballots from 54 counties – .09% of the total ballots received – had missing or mismatched signatures. An Associated Press analysis indicated the VBM rejection rate was just below 0.3 percent in November, down from 1.3 percent in August’s primary.

Democrat Reps. Allison Tant, Tallahassee, and Tracie Davis, Jacksonville, argued the measure would make it harder for isolated seniors or those in nursing homes to vote, create long lines to vote and is blatant voter suppression.

Ingoglia, a former state GOP committee chair, said Artiles’ situation won’t be used by Democrats “as an excuse to do carte blanche, whatever they want to regarding drop boxes.”

He also dismissed opposition by county elections supervisors who say the proposed rules are unnecessary and costly.