The BOCC also voted 5-0 to approve the tentative county-wide budget of $247,579,422. That number represents an increase of $6,864,244 from the tentative budget distributed back in July. The rise in revenues is a result of increased property values.

As outlined by Office of Management and Budget Director Megan Diehl, millage rates are as follows:

Only one county resident took to the podium to express his concerns about rising property taxes.

Commission Chair Justin Taylor explained that “we are not increasing the actual tax rates” but instead, higher tax bills are a reflection of “property values [that have] have gone up.” Taylor went on to say, “the market is improving.”

Ms. Diehl followed up on Chairman Taylor’s remarks to further explain that “we are not proposing any changes in the millage rates themselves but what we are seeing is an increase in revenues [that are a result of] property values [going up] and new properties coming online that were not taxed previously.”

As a result of increased revenues, Diehl outlined where the additional monies will go including the creation of 24 new positions. Diehl pointed out that typically, new positions are “aimed at improving communications and efficiencies or addressing public safety needs.” To that end, included in those 24 positions is the hiring of nine new firefighters as well as new deputies for the sheriff’s office.

Mullin pointed out that “people have discovered Nassau County,” noting that “Nassau is the 9th fastest growing county in the State of Florida and 26th in the country.” 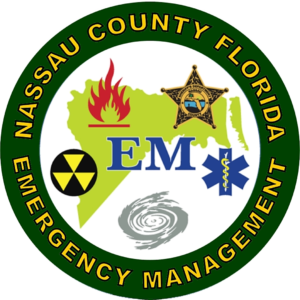 Before adjourning, the BOCC discussed Hurricane Dorian. County Attorney Michael Mullin noted that storms are expensive and estimated the cost of Dorian to Nassau County as being about $575,000 which includes costs for overtime, the extensive prep work done and manning operations round-the-clock.

Across the board, commissioner after commissioner praised the competence and efforts of everyone connected with Emergency Management — officials, workers and volunteers alike.