An opinion submitted by Doug Bailey

I have been on the Fernandina Beach Golf Course Advisory Board for the past seven years. As of January 7th in a “special workshop” of the Fernandina Beach City Commissioners, our board was disbanded by a unanimous vote by the commissioners at this meeting. I was shocked and asked myself why? Usually when one gets fired someone in charge sits down to explain the short comings as to why you are being replaced. Since that did not happen I asked myself, could it be the recession or additional health care costs? Wait, that can’t be it, we work for free as volunteers. So I continued to ponder my missteps as a volunteer. Maybe I should have attended more commission meetings? Arrive there early to hang around the proverbial water cooler, you know tell a few jokes, tell our commissioners how much cooler they are than the prior commissioners. So that may have been one misstep?

Then I thought, I was not accommodating enough to the City Manager when he attended our meetings at City Hall (city charter states we report to him). So in retrospect, maybe should we have had some drinks and snacks for him to make it a more enjoyable process? But wait, he never attended one of our meetings. Although he would walk by the door of our meeting room on his way to his office, he never stopped in to say hello.

So I continue to ponder the reason? I recall speaking at one FBCC meeting regarding an issue concerning the golf course for my allotted three minutes for public comment. By the way, after several requests, I was never allowed to be on the FBCC agenda (other than a workshop) to represent the GCAB under the current regime. After I spoke, I left the meeting and watched the rest of the commission meeting from home.

At the end of the meeting, during “Commissioners Comments” Commissioners Corbett and Pelican stated they had never heard from our board before and did not know who the members were. I was just there speaking on behalf of the board. Was my presentation so weak they could not remember my comments? In looking at this from an outsider’s observation, maybe I should take a Toastmaster course or maybe a Zig Ziglar class to better my public speaking?

So now there is a new “Greens Committee Board” being formed (and I understand some of the recruitment is being done in bars and restaurants by Mr. Corbett.) Did I make a mistake by not hanging out at the local watering holes to become one of Corbett’s pals? The purpose of the change in the board was to change its mission to allow the new committee to operate out of Sunshine Law so they could collaborate between meetings on projects. That was the intent of Mr. Corbett’s plan to dissolve the current GCAC. 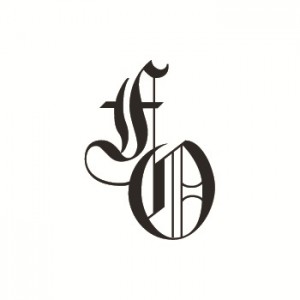 In the past, one person was taking on the task and reporting their findings or results at the next scheduled meeting. Playing forward, at the last commission meeting Tammi Bach, our city attorney stated this new board that Mr. Corbett plans to form will also be subjected to Sunshine Laws. Well, this accomplished a lot and they’re right back to where they were before! Great planning and research.

Each time our defunct board comes up for conversation, Ms. Pelican comments that the GCAC would only meet every two to three months. To set the record straight, prior to Casper Management taking over the golf course our board met every other month. Once Casper took over management in late 2010 we met every month to help insure a good transition of management. In the middle of 2012 our board made the decision to meet every other month due to a lack of issues concerning the running of the golf course. Late 2012 the course conditions went south fast, in early 2013 we started to meet monthly again with the exception of one meeting cancellation due to lack of a quorum. I really should have known this was coming because in our December meeting we had candidates applying to fill board vacancies. I was informed by city staff that the city manager had taken the board appointments off the agenda the first of the year. So no one knew about this until the Friday prior to the meeting?

In closing I would like to say Commissioners Miller, Boner, and Gass have been sympathetic to the treatment of the board. Now with all this free time, I guess I will spend my time volunteering for the new candidates running for upcoming City Commission seats in November.

Editor’s Note:  Doug Bailey is an avid golfer and for the past seven years has served on the Golf Course Advisory Board and chaired the board.  His business,  Southern States Insurance Agency, Inc., is located on Centre Street in historic downtown Fernandina.