What does City Charter Section 10 mean? 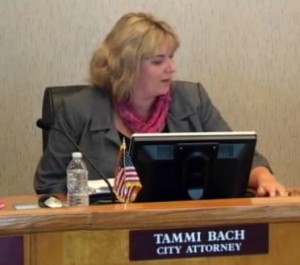 During a brief workshop that preceded the July 7, 2015 Regular Meeting of the Fernandina Beach City Commission (FBCC), City Attorney Tammi Bach addressed Section 10 of the City Charter, which reads:

(a) The Mayor and Commissioners shall not, in any manner, dictate the appointment or removal of any city officers or employees whom the Charter Officer or any of his/her subordinates are empowered to appoint, evaluate and supervise.

(d) Any violation of the provisions of this section by any member of the City Commission shall, upon first offense be grounds for sanction by the Commission, and any second or subsequent offense or violation within a commissioner’s term the violator shall be fined in an amount not exceeding two hundred dollars ($200.00), or be imprisoned for a period not exceeding six (6) months, or both, at the discretion of the court, and shall be subject to removal from office.

(e) Investigations or inquiries shall be conducted pursuant to Section 136 of this charter.

Call for this session arose at a previous meeting during which Commissioner Pat Gass unsuccessfully attempted to gain support to censure Commissioners Robin Lentz and Tim Poynter for what she deemed to be their inappropriate interference with the city manager’s authority in matters involving the city’s Fire Rescue Department.

In opening her slide presentation, Bach said that it was not her intention to rehash past commission actions, but to clarify language to help the commission in moving forward to avoid potential missteps. She explained that the policy-making authority of the city belongs to the City Commission, whereas the administrative responsibility rests with the City Manager. She also stressed that the Charter Section does not forbid commissioners from speaking to city employees. Such interaction does not rise to the level of interfering with the work of the employees.

Commissioners had no questions with respect to understanding the roles of the commission and the manager. However, there was discussion when Bach proceeded to discuss subsections (d) and (e) dealing with violations of the section.

Bach said that some cities have procedures in place for public censure, but Fernandina Beach does not. She said that in her research she did not find an example of any charged violation of Section 10 bringing about a misdemeanor charge in city history. 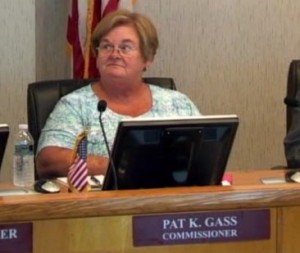 Commissioner Pat Gass asked, “So we have rules, but we just don’t have any way of enforcing them—is that right?” She said that without procedures, “We pretty much just let things happen. [Violators] are off the hook. It looks good, though.”

Bach repeated her statement that some communities do have procedures. But she added that if there is a charge, there needs to be a formal way to substantiate the charge and proceed to investigate. She said that it would be a conflict for her to investigate, because she works for all five commissioners. Gass asked to see what other cities do. Poynter suggested that any charge just be sent straight to the State’s Attorney for investigation. “Why circle around and play politics?” he asked. Gass said that the State’s Attorney would not handle censures.

Bach said that she would send samples of procedures used in other cities to all the commissioners. Should the FBCC wish to adopt such procedures, it might be done via resolution. 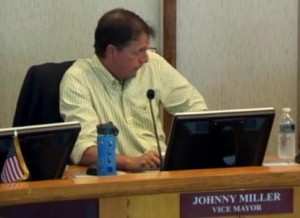 Vice Mayor Johnny Miller asked how the city manager would proceed if he believed a commissioner had violated Section 10. Bach said that the Charter Officers “should all be adults about that” and speak privately to a commissioner if they perceived a problem. She allowed that she has never had a problem, but that she knew that City Manager Joe Gerrity has spoken to commissioners about that. Miller said that he believed that 99 times out of a hundred, any such violation was “completely unintentional.”

Gass said that if such an “adult conversation” did not work, there is really nothing a Charter Officer can do to make it stop. “To come here [at a public meeting] before your bosses and bring it up, that’s pretty gutsy,” she opined. Bach asked if Gass had a suggestion, and she did not. Bach added that’s the way it works everywhere, not just in Fernandina Beach.

Gass said, “This is not about getting people in trouble; it’s about keeping people in line… keeping renegades from going crazy.”

Bach emphasized that it is completely appropriate for commissioners to meet individually with Charter Officers when they have concerns, especially when problems appear to be circulating in the public. “But directing [a Charter Officer] to do something with an employee is not appropriate,” Bach added. 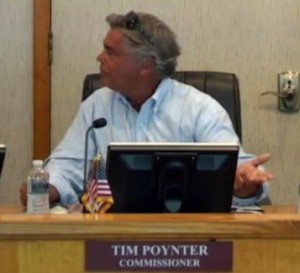 Commissioner Robin Lentz recapped an instance from the past where she followed Bach’s advice to raise a problem at the meeting. Poynter said, “You are simply allowed to tell a Charter Officer that there is a problem and direct him to fix it. You do it in public, you do it in the sunshine, you say: there is a problem. It’s your job, you work for us. Fix it. City employees come up to me all the time and air problems. I’m not directing them on how to do anything, but I am certainly talking to them—they’re citizens!” Poynter went on to say, “Have every procedure that you’re going to have. But if you do that, just because one commissioner says, ‘I think that so-and-so did something, therefore he did or she did—that’s not appropriate. Who’s going to investigate this thing [that will lead to] a finding? Just because someone says ‘I think something’ doesn’t make it so.” Poynter said that a procedure would need to identify an outside investigator and costs.

Mayor Ed Boner suggested forming a committee for such an investigation. Gass suggested that a better way might be just to call a point of order if a commissioner saw such activity going on. “Get it stopped before it gets started,” she said. 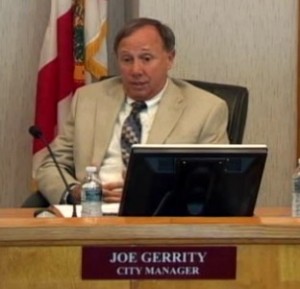 City Manager Joe Gerrity weighed in at the end of the discussion. “To me, it’s pretty simple,” he said. “We all take an oath to uphold the Charter when we come into office. You know what’s in the Charter and you need to uphold your oath. … From my perspective, I don’t care if you talk to employees or not – we don’t have anything to hide. On the other hand, it is a courtesy for you to tell me [who you want to talk with and for what purpose]. If you don’t understand the Charter, you can ask me, Tammi or Caroline and we’ll certainly give you our interpretation.” 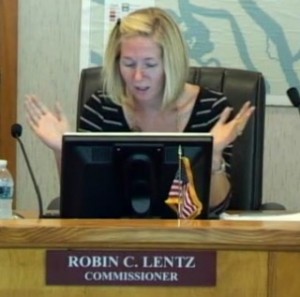 Bach turned to Commissioner Lentz, who said, “It’s really hard for me to have a poker face. I am frustrated by this entire situation. I am trying to stay quiet, because I don’t want to say anything stupid. I’m new to the job. If I’m doing something wrong, just tell me. I don’t want to go six months before finding out. I’m asking that you as the City Attorney and the City Manager pull me aside and be honest with me. Let a girl know.”

“I’m six months into this thing and the honeymoon phase is over. I want to I want to get things right,” Lentz said.

“That’s right,” Poynter agreed. “ Kick it up.” This generated a laugh from the commissioners and provided the only light moment during the discussion.

“….Gass said, “This is not about getting people in trouble; it’s about keeping people in line… keeping renegades from going crazy.”…

Perhaps this rule should apply to the City Manager. I wonder if the FBCC is wishing they’d escorted him to the door?

This was first performed in 1612 and written by Shakespeare….

Who is playing to part of the Character “Margaret”?

Margaret….the one with the fresh ash rinse on her bobbed hair?

Ms Hunter, I thought I was the only one to notice. Margaret looks younger.

Margaret rinsed with red last time, I think I like the ash better.

I’m told I sit too far from the microphone at times….but my intent was, if we feel this will be a frequent problem, to avoid anything divisive “and” move the decision to an impartial recommendation. I did not mean to suggest allowing the Board of Realtors to handle the dispute, but meant to suggest the model used for professional standards or ethics issues as a model for the city to use. In my other life, I am familiar with ethics and professional standards enforcement. It is less divisive and more professional to add a middle step with an impartial group making a recommendation to proceed or not to proceed, prior to detailed investigation, in my opinion.

I like Ed Boner. Common sense and intelligent wisdom. Steady on course and speed. Bad weather is abating.

“No one would have crossed the ocean if he could have gotten off the ship in the storm.”
Charles Kettering

We understand what you’re up against. Understand your commitments elsewhere. Understand the contemplative person that you are. How you’ve done it this far with grace, balance and integrity to spare, I’ll never know. So Here’s to you, Mayor Boner.