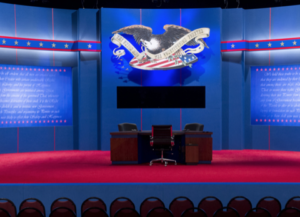 With President Donald Trump testing positive for COVID-19 and quarantining in the White House, his campaign rally Friday in Sanford has been cancelled and the status of his debate Oct. 15 with Joe Biden in Miami is uncertain.

Trump announced on Twitter after midnight Friday he and First Lady Melania Trump were diagnosed with the disease. The president and White House staff were tested after senior adviser Hope Hicks tested positive for COVID-19.

The president was experiencing “mild symptoms,” White House physician Dr. Sean Conley said in a Friday morning statement. “The President and First Lady are both well at this time, and they plan to remain at home within the White House during their convalescence,” Conley said. “Rest assured I expect the President to continue carrying out his duties without disruption while recovering, and I will keep you updated on any future developments.”

Trump’s announcement 32 days before the election comes as millions of Americans already have cast ballots via mail or in-person in some states. Florida’s in-person early voting kicks off Oct. 19.

Trump’s 7 p.m. Friday rally at Orlando Sanford International Airport was to be the first in a series of Florida appearances his campaign was planning in a final push to capture the state’s 29 electoral votes.

Trump kicked off his re-election campaign at the Amway Center in Orlando in June 2019 and held another rally in south Florida in November. Last week, he attended a Latinos For Trump roundtable in Miami and staged a “2016-style rally” in Jacksonville.

His 2020 re-election campaign had not been as aggressive as 2016 in Florida, particularly in central Florida’s I-4 corridor, where Democrats have turned the formerly red area purple.

The status of the Oct. 15 town-hall debate with Biden at the Adrienne Arsht Center for the Performing Arts in Miami is uncertain. The debate is 13 days away. The Centers for Disease Control and Prevention (CDC) recommends a 14-day quarantine.

Although the president is in quarantine, his campaign will continue in Florida.

Eric Trump has been campaigning in a bus tour that began in Kissimmee in August. Donald Trump Jr. will kick off another bus tour in Kissimmee on Saturday. Ivanka Trump, who spoke with Asian American Trump volunteers and the Citrus Club in Orlando on Wednesday, has not announced schedule changes.

“I don’t support the Trump administration but still wish the President and First Lady Trump a full and speedy recovery,” Eskamani tweeted. “I truly hope no one else near them contracted this virus and encourage everyone to #WearAMask.”

Former Republican governor and now Democratic U.S. Rep. Charlie Crist offered “thoughts and prayers” to the Trumps and White House staff, noting “no one is exempt. Until there’s a vaccine, our best defense is to continue to mask up, social distance, and follow [CDC] guidelines.”

State Rep. Byron Donalds, R-Naples, who is running for Congress, offered “Prayers for a full and speedy recovery for the President, First Lady, and anyone else overcoming this hidden enemy. We must stand united as ONE America in this battle against COVID-19.”

State Rep. Chris Latvala, R-Clearwater, who was sickened by COVID-19 last spring, tweeted, “As someone who knows firsthand what it is like, my prayers are with the President and the First Lady.”