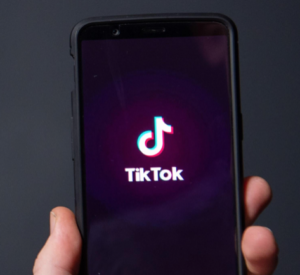 (The Center Square) – Florida’s U.S. senators have maintained for months the proliferation of Chinese social media apps is a national security threat.

U.S. Secretary of State Mike Pompeo has responded to those claims several times this week, announcing the Trump administration is “certainly looking at” banning several of the apps, including the popular video app TikTok, which has been alleged to be used by the Communist Party of China for data mining.

Download TikTok “if you want your private information in the hands of the Chinese Communist Party,” Pompeo told Fox News’ Laura Ingraham this week.

“I’m glad Secretary Pompeo & the administration are taking this threat seriously,” Florida U.S. Sen. Rick Scott tweeted afterward. “Every American must understand the risk from apps including TikTok that are used by the Chinese Gov’t to spy on Americans.”

Scott and Sen. Josh Hawley, R-Missouri, co-sponsored the No TikTok on Government Devices Act in March to ban all federal employees from using the app on government devices.

TikTok is a video-sharing social network owned by ByteDance, a Beijing-based technology company, available in the U.S. after it merged with Musical.ly in August 2018. Within two months, it became the most downloaded app in the U.S.

The app now is available in more than 150 countries, has over 1 billion users and has been downloaded more than 175 million times in the U.S.

The study highlighted a 2018 letter by ByteDance founder and CEO Zhang Yiming pledging to “further deepen cooperation” with the Communist Party of China and promote its policies.

Hawley cited the study when he and Scott filed their bill in March.

TikTok “even admitted it collects user data while their app is running in the background – including the messages people send, pictures they share, their keystrokes and location data, you name it,” he said.

There is “ample and growing evidence that TikTok’s platform for Western markets, including those in the U.S., is censoring content that is not in line with the Chinese Government and Communist Party directives,” Rubio wrote.

Florida Attorney General Ashley Moody demanded in January that TikTok clarify how it ensures the privacy and security of children who use it, citing its easily circumvented age verification tool as inadequate.

“With the U.S. military’s security concerns over the app TikTok, I urge all Floridians to use caution when downloading and using apps,” he said. “With an estimated 4.2 million apps available in the Google Play and Apple App Stores alone, you must remember to follow a few important safety tips to protect yourself and your families’ data from falling into the wrong hands.”