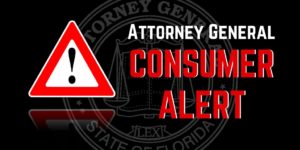 Attorney General Ashley Moody said, “Technology is such a major factor in all our lives, and as technology advances, so do the opportunities for scammers to use tech for nefarious purposes. It is reprehensible that anyone would take advantage of the anxiety caused by a computer problem and use fear to trick people into unneeded repairs. Our office was the first to take on tech support scams. We have brought more court actions to stop these scams than any other state in the union, and so far, we have recovered more than $7 million for consumers.”

This type of scam usually begins with a pop-up ad that claims the computer is infected with a virus or malware that can be eliminated by calling the tech support number provided in the ad. The number will connect the consumer to a phone representative who pretends to be a technician and attempts to convince the consumer to provide the representative with virtual access to the computer to aid in diagnosing the computer’s operating system and software. The unsuspecting victim’s personal and sensitive information is at risk after the victim gives the scammer virtual control over the computer. Scammers can then install malware and viruses or steal passwords and financial accounts.

In other instances, the consumer will receive a phone call from someone claiming to be affiliated with a well-known technology company calling to alert the consumer of an imminent malware risk to their computer. The caller then follows the same ruse of seeking remote access to the consumer’s computer, performing a phony diagnostic test and then falsely detecting viruses, malware or other security threats. The scammer typically charges the consumer for the repair and attempts to convince the consumer to enroll in an ongoing service with a monthly fee.

· Click on any links or call the phone number provided on pop-up ads or emails;
· Send money, credit card numbers or any financial information to someone they do not personally know;
· Give anyone control of their computer;
· Forget that Microsoft and most major computer companies do not display pop-up warnings and ask consumers to call a toll-free number about viruses or security problems; or
· Go online without up-to-date security software.

The best thing to do when confronted with a pop-up ad or warning of this nature is to simply close the window by simultaneously pressing the control, alt, and delete keys and using the task manager.

Any consumer who encounters a tech support scam should immediately report it to the Florida Attorney General’s Office by filing a complaint online at MyFloridaLegal.com or by calling 1(866) 9NO-SCAM.

The Florida Attorney General’s Consumer Protection Division issues Consumer Alerts to inform Floridians of emerging scams, new methods used to commit fraud, increased reports of common scams, or any other deceptive practice. Consumer Alerts are designed to notify Floridians about scams and available refunds in an effort to prevent financial losses or other harm caused by deceptive practices. Anyone encountering a scam should report the incident to the Florida Attorney General’s Office by calling 1(866) 9NO-SCAM or visiting MyFloridaLegal.com.