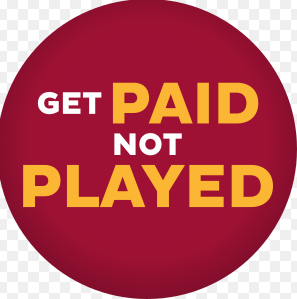 Companies offering jobs, business opportunities, investments, or other money-making opportunities often talk about how much money you can make. But many people have lost time and money to companies that stretch the truth, leave out important details, or tell flat-out lies about the income people can make. Today the FTC announced that it’s considering issuing a new rule to address the use of false or misleading earnings claims and asking the public for comments.
Since 2000, the FTC has filed more than 100 cases involving deceptive money-making claims. For example, the FTC stopped a scheme that targeted Latinas with promises of big money selling luxury products — but both the promises and the products turned out to be fake; shut down an operation that used illegal robocalls to trick older adults into a work-from-home scam; and sued the operators of a “blessing loom” (a type of pyramid scheme) that allegedly targeted members of the Black community who never made any money and lost the $1,400 they paid to the scammers.
Other examples include recent FTC actions against gig companies that allegedly deceived people about the money they could make working for the companies, and schemes that used promises of big profits to lure consumers into signing up for expensive real estate and investment coaching programs.
Even with these aggressive enforcement efforts, deceptive earnings claims continue and impact every community. A possible rule that prohibits the use of misleading earnings claims could discourage scammers from making those claims, help the FTC move quickly to stop illegal conduct and return money to victims, and help businesses understand how to stay within the law when making earning claims.
So, if you’ve seen money-making offers that make big promises, have been misled by promises about the money you could earn by joining a multi-level marketing scheme or another program — or by claims about what you could make by working for a gig company or other employer, tell us about it. Check back in the next few days for the link to submit your comments.
0 0 votes
Article Rating

Do these steps to stop false money-making claims include the regular Republican propaganda that tax cuts will create more jobs, that cutting health and safety regulations will put more money in people’s pockets, that making labor unions harder to organize will increase worker’s wages, that fighting against hourly wage increases will keep prices low? All of these claims are false, yet they are the everyday staple of Republican lawmakers, most of whom are so rich or delusional that they cannot relate to the average Joe or Jane on the street, meanwhile increasing their own (and their friends’) riches. Why do people continue to believe their drivel?

Good morning to you too, Mark. Always nice to start the day off with completely unrelated drivel !

The tall curbs on the east side of Front Street were r...
wpDiscuz
2
0
Would love your thoughts, please comment.x
()
x
| Reply
Comment Author Info