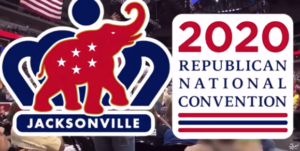 (The Center Square) – With lawsuits, cancellations, state and local COVID-19 protocols being tightened and local opposition mounting, next month’s Republican National Convention in Jacksonville might be forced to scale back.

The Republican National Committee in June moved the performative aspects of the Aug. 24-27 convention, such as President Donald Trump’s acceptance speech, to Jacksonville from Charlotte, N.C.

Trump said North Carolina Gov. Roy Cooper “forced” him to cancel in Charlotte by requesting a scaled-down convention because of the COVID-19 emergency.

On several occasions this week, however, Trump has said he was “flexible” in demanding Jacksonville host the “full-capacity event” he sought when leaving Charlotte.

“When we signed in Jacksonville … it looked good, and now, all of a sudden, it’s spiking up a little bit and that’s going to go down. It really depends on the timing,” Trump said on Gray Television’s “Full Court Press with Greta Van Susteren.” “Look, we’re very flexible. We could do a lot of things, but we’re very flexible.”

The three-day event in the 15,000-seat VyStar Veterans Memorial Arena could draw up to 50,000 people to Jacksonville and generate $100 million in economic benefits for local businesses, an aspect championed by Jacksonville Mayor Lenny Curry and Florida Gov. Ron DeSantis in lobbying to host the relocated convention.

Curry, a former Florida GOP committee chairman who has been in COVID-19 quarantine this week despite testing negative, said unless the state moves into phase three of DeSantis’ three-phase reopening plan, a “full-occupancy convention” won’t happen.

“Facilities cannot participate in anything over 50 percent capacity,” said Curry, who imposed a citywide face-mask mandate last week. “That’s where we are right now. So we’re just going to continue to evaluate as we move toward that date.”

Curry added: “I would just remind people that the convention is many, many weeks away, in late August. We’re acting appropriately now. We’ll act appropriately at the time.”

Florida is in phase two of the governor’s reopening plan, which would permit only 7,500 people in VyStar Veterans Memorial Arena. Florida’s COVID-19 cases have more than doubled in a little more than two weeks, going from 100,000 cases June 22 to 232,718 on Thursday, according to the Department of Health’s (DOH) COVID-19 dashboard.

At least five Republican U.S. senators – Lamar Alexander of Tennessee, Susan Collins of Maine, Charles Grassley of Iowa, Lisa Murkowski of Alaska and Mitt Romney of Utah – said they will not attend the convention.

Two June polls, including one in which 71 percent expressed concern about COVID-19 transmission during the convention, indicated significant local opposition to the event, including among some Republicans.

An open letter signed by 200 area doctors called for cancellation, saying the convention would be “provocative of disease, predictably harmful, and medically disrespectful to the citizens of this city.”

A lawsuit filed Wednesday demands the convention be canceled under a 1917 state law that allows citizens to object to a “judicially abatable nuisance,” which, in this case, would be inviting thousands of people to your city during a pandemic.

The city of Jacksonville, the Republican National Committee, the Trump campaign and ASM Global, which manages city events, are defendants in the suit, filed by numerous plaintiffs, including many who live or own businesses in “Convention Zone” and “will be directly and adversely impacted.”