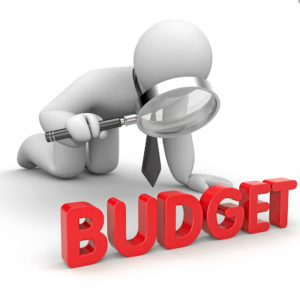 When governors have line-item veto power over state budgets, how they use it tells you a lot about them – and about the local people who did the asking. The big question going around this year is why Gov. Ron DeSantis cut twice as much from the state budget as he did last year. He cut about $1.5 billion from the budget last year and $3 billion and some change this year.

Here is how we fared around here:

Fernandina Beach got its number one priority: $1 million for design work and permitting to get started on the next leg of the shoreline stabilization project that will reduce flooding downtown after heavy rains and also will extend the pleasant waterfront sidewalks that have been introduced in recent years.

A $500,000 request for beach walkovers was vetoed. Previous requests have been granted. Walkovers are a major factor in preserving dunes along the beaches because they get people to the water without tramping around on the dunes.

A request for some repairs at the Peck Center and creating an African-American exhibit there was vetoed because a similar request was made to another funder. (There are some sharp eyes in Tallahassee.)

And a request for funding to deal with the deteriorating City Hall never got out of the Legislature because the request was too vague. The message is clear: Get your act together, city commission, and decide whether you want to tear down and rebuild, go somewhere else or try to get by with some major, expensive patching. If you are skeptical about the need for a solution, take a sidewalk tour around the building and count all the cracks. When buildings start cracking, they are on the way to bigger problems. Ask any carpenter or brick mason. This issue is a Fernandina Beach can that has been kicked down the road for several years now.

A big veto of $1,850,000 to extend city utility services to homes in the American Beach area drew some gasps around the county, but County Manager Tito Pope told the Observer that the county has a contingency funding plan and the project will be “completed on schedule and as planned.” Homes in that area are served now by a private system owner who maintains it himself. The system is not considered to be a public hazard at this time, but the county believes it should replace it proactively.

Another big veto was an appropriations request from Republican State Sen. Aaron Bean of Fernandina Beach to create a big, multipurpose community center in Hilliard, a $5,144,800 project.