Rayonier vs Mullin – A Rayonier update 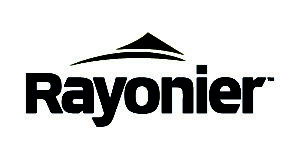 The Florida Bar has considered Rayonier’s attorney ethic complaint against its former lawyer, Michael Mullin, who is now the County Attorney and County Manager and in those roles is opposing the very projects that he advocated before the County on Rayonier’s behalf. The Bar determined that a Court is better suited to address Rayonier’s complaints against Mr. Mullin, while at the same time cautioning Mr. Mullin with respect to his ongoing ethical obligations. Even before conclusion of the Bar’s consideration of the matter, Rayonier filed a lawsuit against Mr. Mullin to enforce its legal rights, and Rayonier intends to vigorously pursue those claims.

The full complaint against Mullin by Rayonier can be found at https://cdn2.hubspot.net/hubfs/1710963/Nassau%20County%20-%20Dispute/Facts%20-%20Raydient%20Amended%20Complaint.pdf

Summary of the Complaint by the Fernandina Observer

The Complaint is an action for temporary and permanent injunction against Mullin to enjoin him from continuing to represent Nassau County and its Board of Commissioners (BOCC) in any capacity in matters regarding the East Nassau Community Planning Area (ENCPA) that are adverse to Rayonier and its affiliates’ interests and to enjoin Mullin from divulging privileged communications and confidential information he obtained during his prior representation of Rayonier.

Mullin represented Rayonier from 2007 to 2015. Mullin served as Rayonier’s lead counsel in Rayonier’s efforts to obtain the necessary approvals to develop the 24,000 acres of land in the ENCPA. Rayonier retained Mullin to represent it in connection with all aspects of the County approval and regulatory process relating to the ENCPA.

The underlying issue is a dispute over the payment for public recreation improvements required within the ENCPA. It is asserted that the County’s and Mullin’s position as of April 2017 is that unless Rayonier agrees to pay for all public recreation improvements in the ENCPA and agree to whatever facilities Nassau County might demand, development within the ENCPA would stop. The Complaint alleges that this position was entirely adverse to Rayonier’s interests and represents a significant change to the structure of the ENCPA which was designed and shepherded by Mullin.

It is alleged that “Mullin who masterminded the creation of the ENCPA as Rayonier’s counsel, switched sides to undermine the economic underpinnings of the land use structure Mullin created for Rayonier and attack his former client on behalf of his new client, Nassau County.”

The Complaint alleges that Mullin’s representation as County Attorney and his work as Interim County Manager and now County Manager present a direct conflict to his prior representation of Rayonier in the same or a substantially related manner and amount to a violation of Mullin’s fiduciary obligation to his former client, Rayonier.

It is further alleged that Mullin, after repeated requests from Rayonier that he stop all such representation due to the “obvious conflict of interest” continues to refuse to cease representing Nassau County with respect to Rayonier’s ENCPA project.

The Complaint asserts that “Mullin’s transition from County Attorney to County Manager appears to be part of an effort by Mullin to avoid the strictures of his professional obligations so that he can continue to breach his duty of loyalty to Rayonier and its affiliates by continuing to advise and represent Nassau County and the BOCC with respect to the ENCPA.”

It is additionally alleged that Mullin not only has intentionally engaged in a directly conflicting legal representation to his former client, but “Mullin has taken multiple actions with the malicious intention of harming Rayonier in order to benefit his current client the County.”

“Summary of the Complaint by the Observer” – Would this be a summary compiled by your Legal Correspondent, Adam Kaufman?

A little knowledge is a dangerous thing – especially if you are …

The above appears to be a Rayonier press release?? It is very difficult to build a chinese wall and avoid conflicts when there is only one person.

So – let’s skip forward in time and Mr. Mullin is somehow “neutralized”. How does this help Rayonier et al. avoid additional taxes and development costs from a county commission which feels hoodwinked and continually pressured by an enraged group of taxpayers. With or without Mr. Mullin, the commissioners will (hopefully) push forward to the benefit of all county citizens.

Let’s face it. The developers don’t care what the Buyers pay in future taxes. All they care about is their own expenses (taxes, infrastructure, etc.) which they have to pass on to the Buyers in the form of higher initial sales prices.

Dave Francis post in the News Leaders, Voice of the People starts. “I can’t be the only Nassau County resident who wonders why one person can do two jobs.” I think this could only happen in a dysfunctional county such as Nassau. So many conflict issues with just County Lawyer/County Manager one and the same person.( would seem to me to be both full time employment.) Then add this Rayonier/Nassau County mess. I guess it could get more convoluted, if Barrister Mullen hired back on with Rayonier Corp. Then he could figure it all out between Himself. Eliminate the middleman. Tell me again, who thought this was a Good Idea.?

Darron has my vote! He is an upstanding citizen who will put...
wpDiscuz
5
0
Would love your thoughts, please comment.x
()
x
| Reply
Comment Author Info