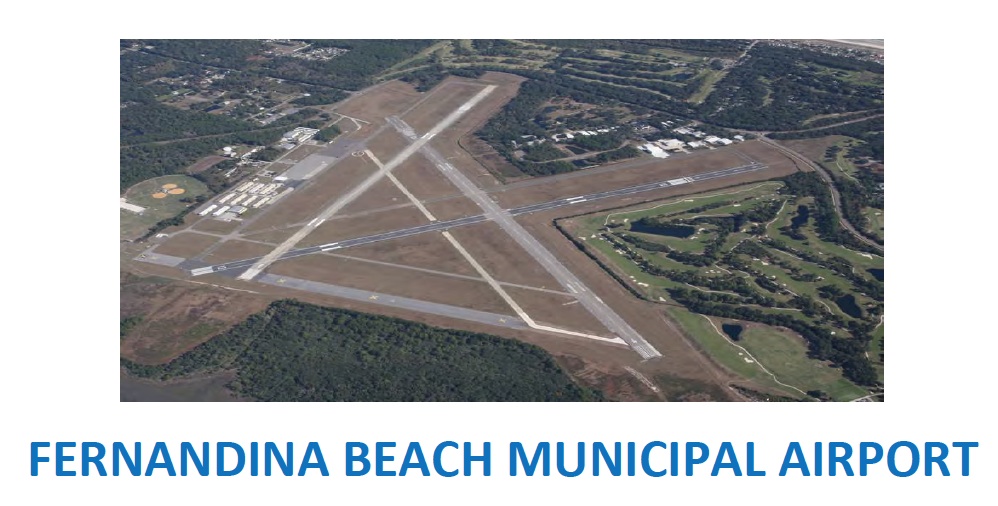 As acting airport manager, City Manager Joe Gerrity has informed Fernandina Beach City Commissioners (FBCC) and the public that next year’s revenue projections for the airport remain steady, reflecting a continuation of policies and activities of the current year.  Gerrity was the lead off presenter during the FBCC’s first budget workshop held on June 24, 2014.  The airport’s budget for the current fiscal year, ending September 30, is $2,914,400, but it is projected to come in at $2,819,100.  Gerrity presented a budget proposed for FY2014/15 at  $3,064,500. 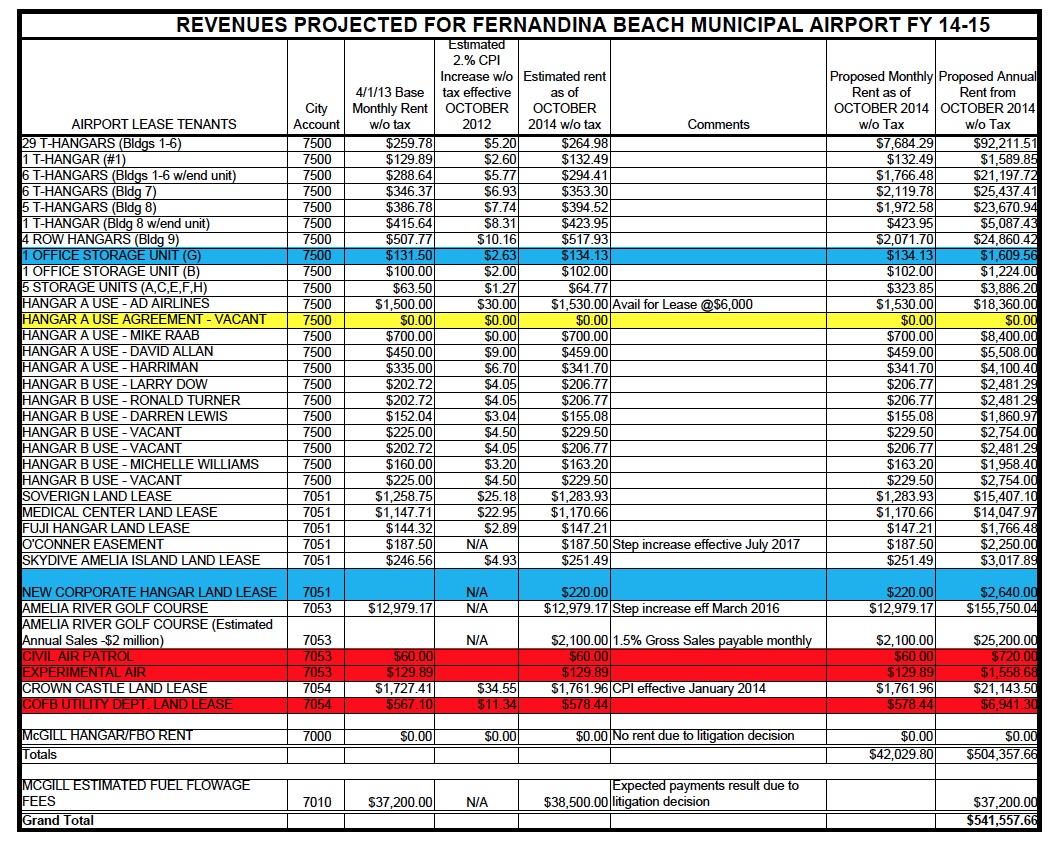 The large increase in revenue reflects a Florida Department of Transportation (FDOT) grant in the amount of $1,750,000.  The major project planned for next fiscal year is updating the airport’s Master Plan.  This activity has been fully funded by the Federal Aviation Agency (FAA) and FDOT with no city match required.

Personnel costs will rise about 28 percent.  Gerrity has proposed elevating Bobby Kozakoff, currently Airport Operations Specialist, to a new position:  Airport Operations Manager.  He is also proposing adding a part time position to handle certain other day-to-day airport matters that Kozakoff will not be asked to perform.  The airport manager position will remain unfilled.  Gerrity said that the airport is “building a war chest”—a reference to a $618K contingency reserve, partly funded by not filling the airport manager position.

Gerrity reported that the airport recently underwent an FDOT review and came away in good shape.  The only area not rated satisfactory or good is the area rated poor bordering the McGill FBO, slated for improvements soon. 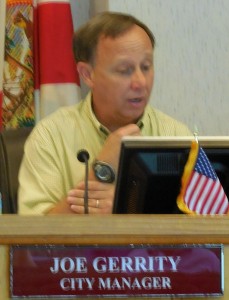 In response to commissioner questions, Gerrity reported that Brian Echard, owner of Eight Flags Aviation (8FA), a second FBO interested in operating at the municipal airport, has not yet executed a lease with the city.  Gerrity informed commissioners that he has not added projected revenue from either 8FA or Black Pearl Enterprises into the airport’s proposed budget.  Gerrity said that he had advised Echard not to move forward until Echard completed a Phase 2 environmental study of the proposed lease area.  Gerrity said that he wanted no surprises after the lease is signed, citing recent experience in uncovering an undocumented garbage dump on another portion of airport land.

Commissioner Corbett asked if there was a statute of limitations for Echard’s signing a lease.  City Attorney Tammi Bach said there was not.  Bach added that Echard has been permitted to access the property to do his inspections.  It was the consensus of the FBCC that Gerrity ask Echard the status of the Phase 2 study and determine his intent to move forward on the lease.

Well,Lou,considering that Mr.Gerrity’s compensation package is more modest than his predecessor’s and that most of Mr.McCrary’s was already in place as CDD head,I’d say the present arrangement is working out well for the airport.My guess is much of the $618K results from not paying a full time manager.We certainly don’t need to grow government-they’re doing enough of that in Washington

The tall curbs on the east side of Front Street were r...
wpDiscuz
3
0
Would love your thoughts, please comment.x
()
x
| Reply
Comment Author Info